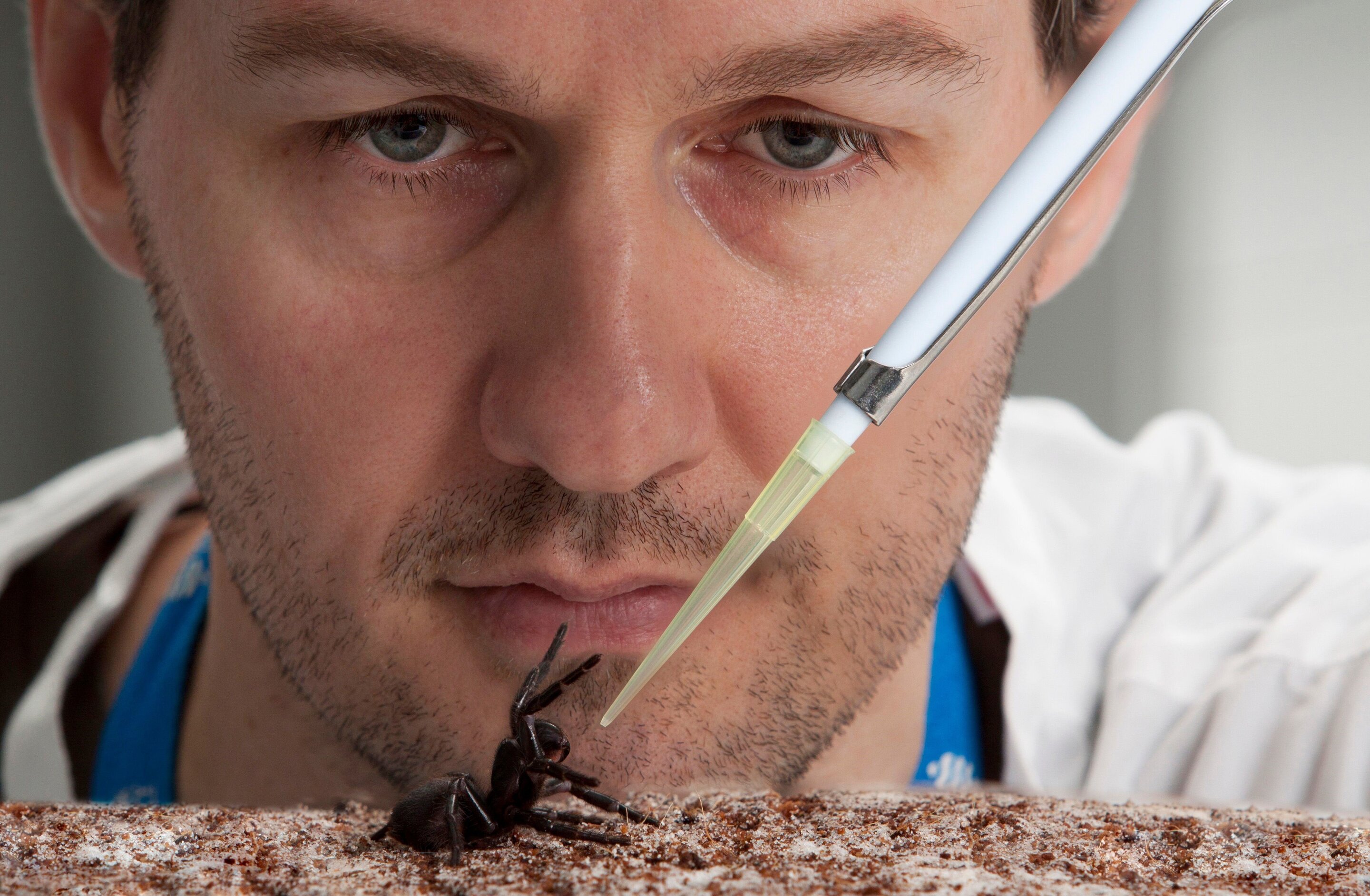 Why male funnel web spiders are so dangerous

A team of University of Queensland researchers has revealed why male funnel web spiders develop much deadlier venom than their female counterparts.

“Delta-hexatoxins exert fatal neurotoxic effects in humans by keeping nerves turned on, so that they keep firing over and over again.

“It has puzzled scientists why these toxins are so deadly to humans, when they and other primates, haven’t featured as either prey or predator during the spider’s evolution.

“And we couldn’t understand why most human deaths were being caused by male funnel web spiders, which seemingly had much deadlier venom than females.”

Using molecular analysis of the venom, Dr. Fry and the team decided to take a closer look.

Although 35 species of funnel-web spiders had previously been described, only eight delta-hexatoxins from five species had been analyzed.

Dr. Fry and his team almost tripled the data—profiling 22 novel delta-hexatoxins from the venom of 10 funnel-web species.

“Having much more data helped paint a much clearer picture, revealing an incredibly interesting evolutionary story—one that had been hypothesized, but we’ve now proven,” he said.

“These toxins had originally evolved to kill insects such as cockroaches and flies.

“But, when male funnel web spiders become sexually mature, they leave the safety of their burrow and wander quite considerable distances in search of females.

“This can be quite treacherous, and these male funnel web spiders started to encounter dangerous vertebrate predators, such as the dunnart, a small nocturnal mouse-like marsupial.

“The data shows that natural selection put the necessary pressure on to switch an insect-specific venom into a vertebrate-specific defensive venom.

“And, unluckily for us, we’re a vertebrate species which copped it in the process.”

With a stronger evolutionary understanding of delta-hexatoxins, Dr. Fry and his team are now endeavoring to put this new knowledge to use.

“We’re hoping this research will give us a better understanding of exactly what funnel web spider venom does to the human body,” he said.

“And—medically speaking—this could be critical for the design of evidence-based treatment strategies for bite victims.