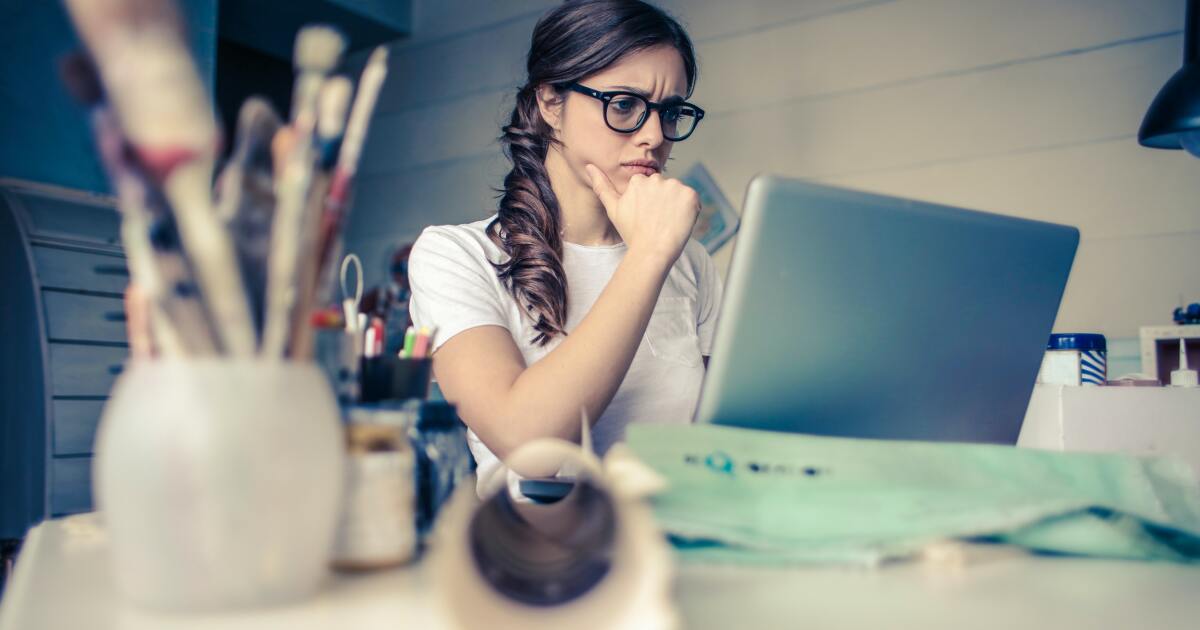 Tips for combatting eye strain from too much screen time

With much of the workforce working from home, employees are spending more time than ever on digital devices — and it’s been a real headache.

Too much screen time causes eye strain, which often leads to headaches, dry and irritated eyes, and neck and shoulder pain, according to a study by the Vision Council. Light emitted from digital devices can also suppress melatonin levels, preventing a good night’s sleep. To combat the uncomfortable side effects of screen time, optometrists and online retailers are marketing blue light filtering glasses, which claim to reduce or eliminate eye strain by blocking the light that causes it. But do they really work?

“Some people say it’s a hoax, some say it helps — but in my experience, about eight or nine out of 10 patients say they really notice a difference after using blue light lenses,” says Dr. Alina Reznik, an optometrist with the mobile optometrist company, 20/20 Onsite. “I do love these lenses — I’ve seen people feel more comfortable and get better sleep throughout the night.”

Before the pandemic, more than 80% of adults told the Vision Council they spent more than two hours on digital devices every day. But with employees working longer hours at home — and their kids attending school virtually — it’s highly likely people are spending even more time on screens, Reznik says.

Eyes are also exposed to blue light from the sun, but staring at screens for long periods of time is what causes eye fatigue, Reznik says. Blue light filtering glasses and contact lenses are designed to prevent blue light from entering the eye and causing symptoms.

“When blue light enters the eye, it scatters and our eye perceives it as glare and has to work overtime to keep our vision clear and focused,” says Jen Wademan, an optometrist with VSP — the largest vision insurance provider in the U.S. “It’s like a muscle — if you engage that muscle, it fatigues.”

“You don’t think about it when it’s happening, but when we’re on our computer or phone, we don’t blink as much,” Wademan says. “Blinking lubricates our eyes, so when we don’t do it as much, our eyes get dry and irritated.”

Wademan and Reznik recommend that employees talk to their optometrist about different options for combatting eye fatigue — even those who don’t need corrective lenses to improve their eyesight. Reznik says employees can find high-quality lenses online, but employees need to do a lot of research to verify their legitimacy.

People with 20-20 vision can still use vision benefits to purchase lenses to combat eye fatigue, Reznik and Wademan say.

“There’s so many blue light filters on the market online, but your best option is to have an eye exam to talk about your concerns,” Wademan says. “[Optometrists are] held to higher standards, so you can validate that the lenses are high quality.”

Wademan pointed out that people with perfect eyesight should still visit an eye doctor regularly.

“What we do is more than just vision, we look to make sure your eyes are running efficiently and properly,” Wademan says. “We’re also able to monitor chronic conditions like glaucoma and diabetes through eye exams to address them quickly.”

Reznik and Wademan say blue light exposure is not the only vision concern employees should address during the pandemic. The amount of time people spend looking at their screens without breaks, and the distance between themselves and the monitor, have an impact on vision health too.

“You can actually make yourself near-sighted by not taking breaks to look out the window into the distance,” Reznik says. “Our eyes are like muscles, and muscles need to be engaged in order to work properly.”

In addition to wearing blue light lenses, Reznik and Wademan say employees should practice the 20-20-20 rule: look away from your screen every 20 minutes at something 20 feet away for at least 20 seconds. Computer screens should also be placed at arms’ length to reduce eye strain. But, most importantly, they said employees and their children should have regular appointments with their eye doctor.

“So much of what kids learn is through their eyes, so it’s really important to make sure they’re running efficiently,” Wademan says. “We can’t do much without our eyes, so if you have vision benefits, you should definitely use them.”