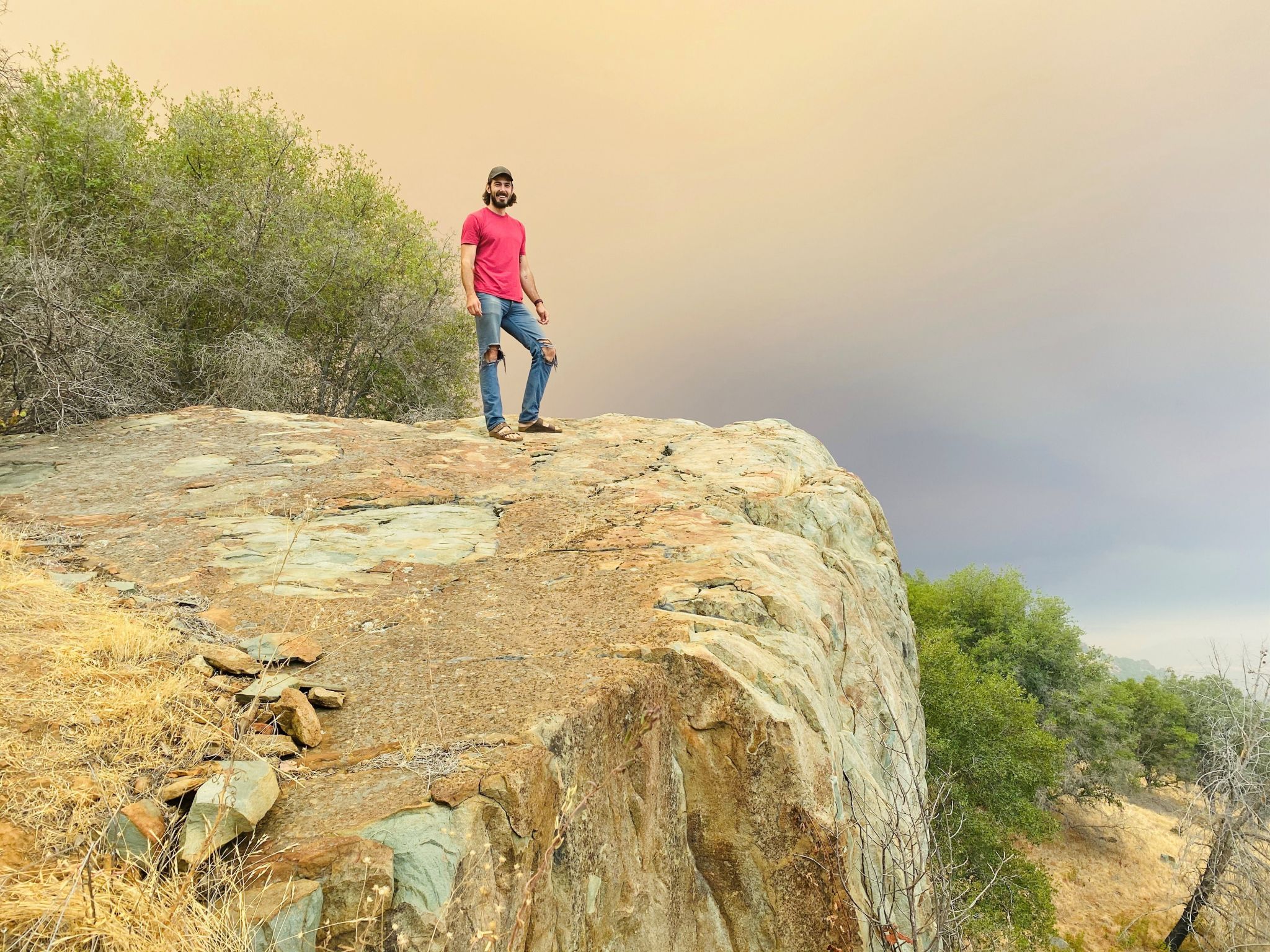 Entrepreneur Willie Morris and I are in a Tesla Model 3, driving up and down some hills in Mariposa, Calif., about 35 miles west of Yosemite National Park’s Arch Rock entrance. There is no road — only dirt and trees, rocks and cows. Morris is flooring it and swerving, setting off waves of dust in all directions. It feels kind of dangerous, but I can’t stop laughing.

“Most of the fun is the quick acceleration and the drift in the back end,” says Morris, an affable businessman who once built a company with Gary Vaynerchuk — the venture capitalist and strategy guru better known as Gary Vee — and has worked on consulting projects with NFL Hall of Famer Curtis Martin.

More recently, he teamed up with two new partners, John Cahalin and David Taylor, to start a large-scale resort centered on an electric vehicle park and an off-road driving school, an undertaking that is “by orders of magnitude bigger than any of the previous endeavors,” Morris says. Although the 2,000-acre project — which they’re calling EVP —  is still in the early stages, there’s been talk of a geodesic domes, tree houses, luxury tents, a restaurant, a pool and cabanas, a farm, outdoor climbing routes, a mountain obstacle course, a corporate retreat space, hiking trails and maybe a truffle mushroom-picking experience.

First things first, though, they’re working on getting their land rezoned. In the meantime, they’re seeing what happens when you shred in a Model 3. Maybe they could partner up with Tesla’s polarizing overlord Elon Musk for a new model that’s even more rugged?

Although some might be unimpressed with guys doing doughnuts in an $80,000 electric vehicle, we can’t help but admit that being in the passenger seat was a hoot. After the wild ride, SFGATE regained its composure and asked Morris a few questions.

SFGATE: What makes the Tesla a good off-roading vehicle?

MORRIS: The Model 3 is a beast. With its dual engines, the Tesla can change where the engines’ power is going almost instantaneously — very important when you’re on variable surfaces like dirt or whipping the car around. And because it’s so smart, it makes off-road driving a lot easier because it handles the weight transfer on its own rather than requiring the driver to learn new, harder techniques like left foot braking. Then you have all the things that just make electric better — torque, power, better acceleration curves, etc. Add in the fact that it’s quiet and not burning gas, and you have a home run.

There’s actually a decent number of off-road driving schools that take place on ice or snow — Tesla even has a test facility in Alaska. One thing we’re trying to do is bring that similar driving experience to people, but on a controlled dirt surface that is insanely fun, but is also completely safe for learning car control.

SFGATE: Have you done much damage to this Tesla? Have you altered it in any way?

MORRIS: We’ve sent it back once for routine maintenance, but Teslas are built pretty solid and since we’re on a groomed dirt surface and not an extreme rally course, there’s not much to worry about except remembering to roll the windows up. We could probably win an award for most dirt inside of a Tesla.

For off-roading, we didn’t have to add much, we just raised the car 2 inches, added some adjustable dampers, and put some new tires on it.

SFGATE: Doing doughnuts with this Tesla also has a purpose, though, right? How does testing its limits help you in your mission to create an electric vehicle park?

MORRIS: Of course! When the first electric vehicles entered mainstream with gas-electric hybrids like the Prius, it really created this kind of perception of electric vehicles being these mundane cars that got good mileage. Don’t get me wrong, I dug the Prius, but they weren’t exciting or cool cars to drive. Then Tesla came around as the first true fully-electric brand and started to change that perception with insane performance and specs, but I still think that most people don’t realize just how far ahead electric vehicles are or how fun they can be.

When you’re whipping around a wide-open field, dirt flying all over, grinning like a kid and you’re doing it with minimal instruction, it’s just this wild feeling of freedom and fun that really highlights the breadth of power and performance of electric vehicles. Plus, doing doughnuts is crazy fun, but fundamentally it also prepares you for handling a car in bad conditions, like on wet or icy roads, by using the throttle to steer.

Every time we’ve taken someone off-roading in the Tesla, the first thing they say when their adrenaline levels calm down is, “I can’t believe a Tesla can do that!”

SFGATE: Tell us more about the park. How did all of this start? And how did you choose Mariposa for the location?

MORRIS: David and John started looking for land near Donner Pass. Then, through a mishap at the airport, and a five-hour Uber ride, [they] ended up in Mariposa. They stumbled on this huge 2,000-acre plot of land that they ended up buying on the spot. At some point during this whirlwind, in November and December of 2019, the idea of doing a sustainable rally school that was all-electric came up. So in January, we brought a new, modified Tesla Model 3 out and decided we’d see if it was even feasible. It blew us away.

SFGATE: But this will be much more than just an electric vehicle park, right? What are some of the other ideas you’re throwing around?

MORRIS: Oh yeah, it’s essentially 2,000 acres built around using technology and nature together to make people happier. We’re trying to cover the spectrum from people who are more into action and adrenaline (like with the off-road driving) to people who are seeking more of a relaxed stay and want to do stuff like hike and maybe pick some fresh ingredients at the farm or garden to cook with. The crazy part is that these two worlds live harmoniously together at EVP. 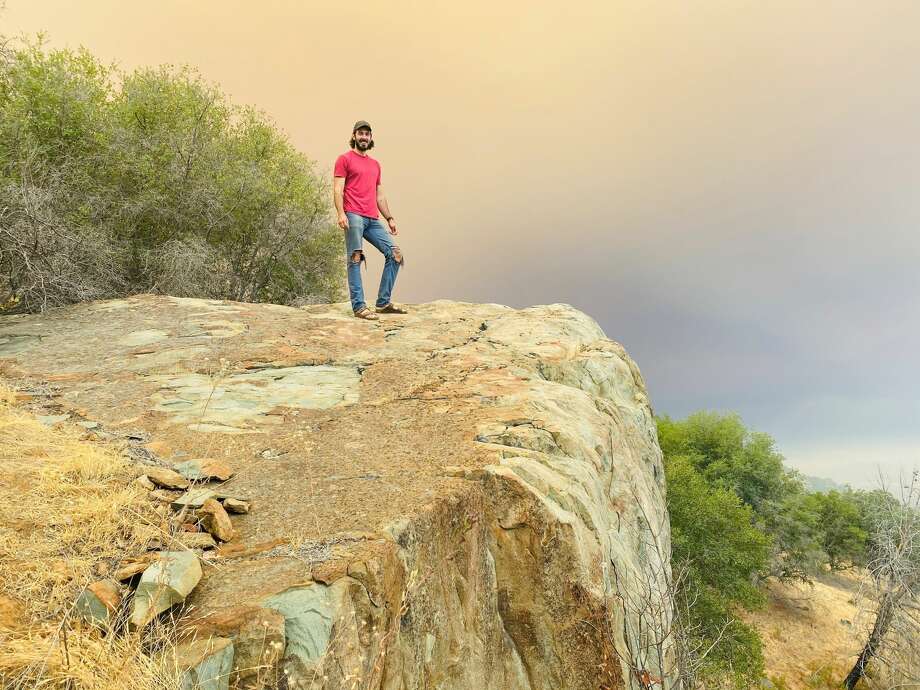 Willie Morris stands atop a granite boulder on the future site of EVP, a large-scale resort centered on an electric vehicle park and off-road driving school.

SFGATE: Has the pandemic shifted your vision?

MORRIS: It has focused our vision.

We already knew we wanted to do things around these pillars of technology, nature, and fun, but when the pandemic hit … we realized that what we were building could actually play a much more important role in a post-COVID landscape. We also saw the hit that Mariposa (and other gateway towns) took when tourism to Yosemite dried up.

We felt like we were on the verge of building something pretty special, but with COVID, we realized we could solve some real problems if we could figure out a good model that would allow people to stay at EVP for longer periods and that, combined with traditional stays at EVP, could actually help diversify the local economy in this place we’ve come to love.

SFGATE: I’ve read about some Tesla batteries catching fire, and California is obviously having some issues in that department. Is any of that a concern?

MORRIS: I’ve been stuck inside for the better part of three weeks because of poor air quality, and we’ve had friends who’ve had to evacuate their homes, so it’s a huge threat.

For the first eight months, we had teams of people and machinery on the property clearing as much dead brush and hazardous material as possible, creating firebreaks, and installing water storage tanks that Cal Fire can use. Cal Fire has been instrumental in guiding our efforts with fire mitigation. We even bought our own fire truck for the property — it’s pretty awesome.

SFGATE: What other challenges are you facing with the project?

MORRIS: Right now, it’s this grand idea that’s in motion, but we’re still working with the community — the county, a bunch of manufacturers and partners, archaeologists, you name it — to bring all these crazy ideas into one master plan.

SFGATE: What does your ideal timeframe look like? In other words, when can all of Elon Musk’s disciples move in?

MORRIS: Right now, we still have to get the land rezoned and we’re working closely with the county and supervisors who have been incredibly supportive in helping us find a plan that fits the community. Short answer: I don’t know yet, but we all like to move fast and we’ve done a lot in nine months, so hopefully not too far in the future.

We love California’s parks just as much as you do, so we’re launching a newsletter that covers them top to bottom – sign up here.