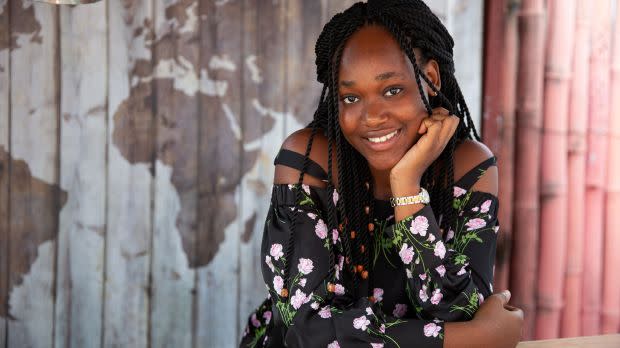 Facial recognition technology is not widely employed in Africa, partly because the technology available up till now has not been adept at identifying and differentiating the faces of Black people. US government tests of the best Western-developed facial recognition systems have shown them to misidentify Black people at rates up to five to 10 times higher than they do white people.

The racial disparity in the performance of the biometric artificial intelligence technology which forms the backbone of these systems stemmed from an obvious problem: they are trained by using datasets mostly made up of white faces.

In 2018, four software engineers set up a company in Ghana to address this limitation of commonly available facial recognition software. They were spurred by their own research which revealed Ghanaian banks are beset by widespread identity fraud and cybercrime and spend nearly $400 million a year to identify their customers.

One key strength of BACE API is that it’s able verify a user’s identity remotely which is particularly useful for financial institutions and other customer-facing industries whose operations require identity verification at scale. It can be integrated onto existing apps and systems and does not require special hardware. Another distinguishing feature of BACE API is its use of live images or short videos to determine if images are of real people rather than pre-existing photographs.

The group’s software beat out other competitors for the 2020 Africa Prize for Engineering Innovation, which is awarded annually by the UK’ s Royal Academy of Engineering. N’Guessan, 26, emerged as the first female winner of the esteemed prize and was awarded £25,000 ($32,000) in prize money.

“I think Africa needs more local AI solutions because that’s where the challenge is now,” says N’Guessan. “Most of the solutions are coming from outside. We need to develop these skills early by generating interest in AI among young people.”

N’Guessan’s concern about importing AI solutions echoes those raised by other Africans and global security analysts. Some Zimbabweans were alarmed by their government’s decision in 2018 to allow Chinese firm CloudWalk Technology access to a database of millions of Zimbabwean faces as part of an agreement with the firm to develop facial recognition software primarily for mass surveillance. Similarly, there are questions about the accuracy of facial recognition software deployed across closed-circuit televisions (CCTVs) in countries including Kenya, Uganda, and South Africa, as part of Chinese firm Huawei’s Safe City program.

Africa is still far behind in the race to build homegrown AI startups and technology. As of 2018, up to 95% of all AI startups around the world were in just 20 countries around the world, none of them in Africa. Among emerging markets, from 2008 to 2017, India topped the list of countries whose AI startups had received the most funding at $50 billion. In the same period AI startups in sub-Saharan Africa received just $1.3 billion.

But a few key centers of excellence for AI have been popping up across Africa over the last couple of years. In Ethiopia, where Sophia (the robot that was granted Saudi citizenship in 2017) was partly developed, futurists and enthusiasts are betting on AI’s massive potential to drive development in place of the government’s own bet on manufacturing. In Ghana, Google opened its first Africa AI research center in 2018 and the African Institute for Mathematical Sciences in Kigali, Rwanda launched the continent’s first dedicated master’s degree program for machine learning and artificial intelligence with backing from Facebook and Google.

“Although there is now more awareness and application of AI solutions in local businesses and industries, local businesses do not “trust” local innovations much,” N’Guessan says. “I think that this can change with time, as we continue to build products and they realize that they work well. Since winning this prize, a lot of companies across Africa have expressed interest in BACE API.”

Sign up to the Quartz Africa Weekly Brief here for news and analysis on African business, tech, and innovation in your inbox

Sign up for the Quartz Daily Brief, our free daily newsletter with the world’s most important and interesting news.