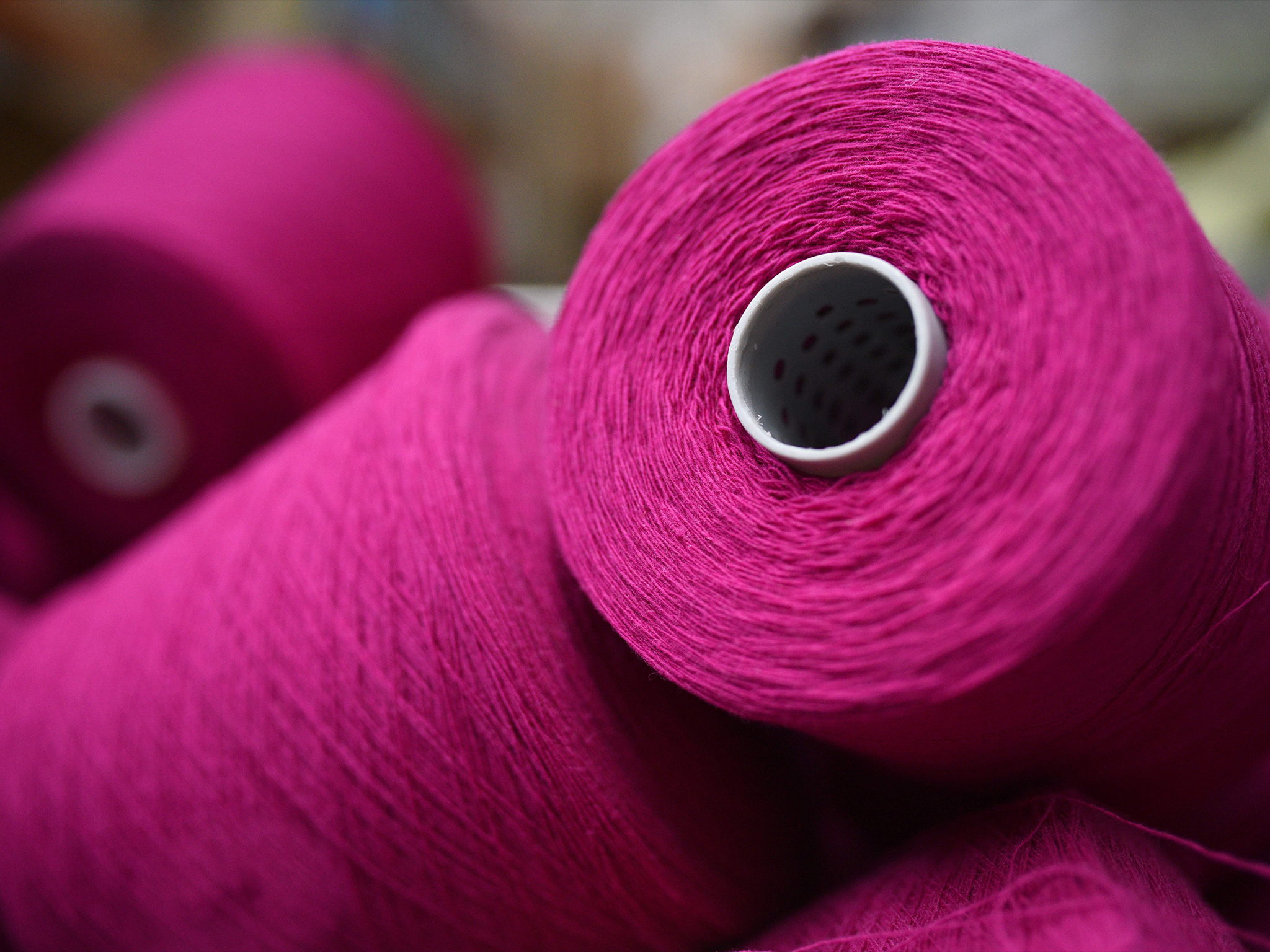 Researchers make futuristic wool that is able to ‘remember’

Researchers at Harvard University have created a new material made that can remember its original shape, so no matter how it is stretched it can always return to its original design.

In a video, a wool cylinder is placed in a solution of water and morphs its shape back into its original, programmed flower shape.

Another shows a stretched piece of material dramatically reduce its length in a matter of seconds.

The material is made using keratin, the protein found in hair and nails. In this instance, the researchers used keratin from leftover Agora wool that was being used in manufacturing.

The wool can be made using 3D-printing, into any shape – programmed with a form that it then ‘remembers’.

This development could help reduce textile waste, and open up materials to new uses.

“With this project, we have shown that not only can we recycle wool but we can build things out of the recycled wool that have never been imagined before,” said Kit Parker, the Tarr Family Professor of Bioengineering and Applied Physics at Harvard’s School of Engineering and Applied Sciences (SEAS).

“The implications for the sustainability of natural resources are clear. With recycled keratin protein, we can do just as much, or more, than what has been done by shearing animals to date and, in doing so, reduce the environmental impact of the textile and fashion industry.”

Ketarin is able to change its shape because of its structure.

A protein chain of the material is arranged in an alpha-helix, which looks similar to a spring.

Two alpha-helixes together can form a structure known as a “coiled coil”.

Many of these coils are assembled to form large fibres, and is it the way these are organised which gives ketarin its strength and structure.

When a fibre is stretched, these springs uncoil and reform into a different structure, before returning to the original state when triggered by a chemical compound such as hydrogen peroxide and monosodium phosphate.

Keratin is not the only material which features these properties. Shape memory also exists in metal alloys.

When a force bends an object with shape memory alloy, it deforms its internal crystalline structure.

This is a much more fundamental change than, for example, stretching a material such as elastic, where molecules are teased apart but return to their shape afterwards.

If a metal’s structure is changed, it is permanently bent out of shape until heat is applied and it reverts to its original state as its atoms become rearranged.

“This two-step process of 3D printing the material and then setting its permanent shapes allows for the fabrication of really complex shapes with structural features down to the micron level,” said Luca Cera, a postdoctoral fellow who authored the paper.

“This makes the material suitable for a vast range of applications from textile to tissue engineering.”

The researchers hypothesise that these fibres could be used to make underwear that can change to the wearer’s body, or for actuating textiles for medical therapeutics.