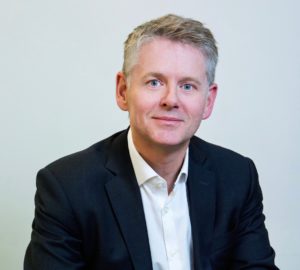 Speaking on SpareBank 1 Markets’ webinar on Sept. 22, he said he was “really glad the conference is this week and not last week because I can tell you that we’ve started on-site works in Japan just last week”.

Phase one of 8F’s Pure Salmon plan will see a 10,000-metric-ton unit in France, another in Japan, and a 20,000t facility in the US. It is currently raising capital for its five 20,000t units across China too, he said.

Taking the learnings from its first plant in Poland, Pure Salmon will essentially build the same facility across each site — hence, the first one has taken the longest to prepare for, he said.

Construction vehicles have moved on-site in Japan, preparing the site, and work on the grow-out buildings should begin early next year.

In Boulogne-sur-Mer, France, Pure Salmon is going through the final stages of permitting, with construction set to begin in 2021. “But it’s going to catch up on Japan, it’s probably only running about three months behind Japan,” said Fothergill. “So the first harvest [is slated for] early 2024.”

In the US, site preparations in Tazewell County, Virginia, should begin by the end of 2020, with “real” construction work beginning in the second or third quarter of 2021, he said. That means first harvest in 2024.

As can be seen from the slide presented below, 8F is now speaking more definitely of a second US-based facility too. 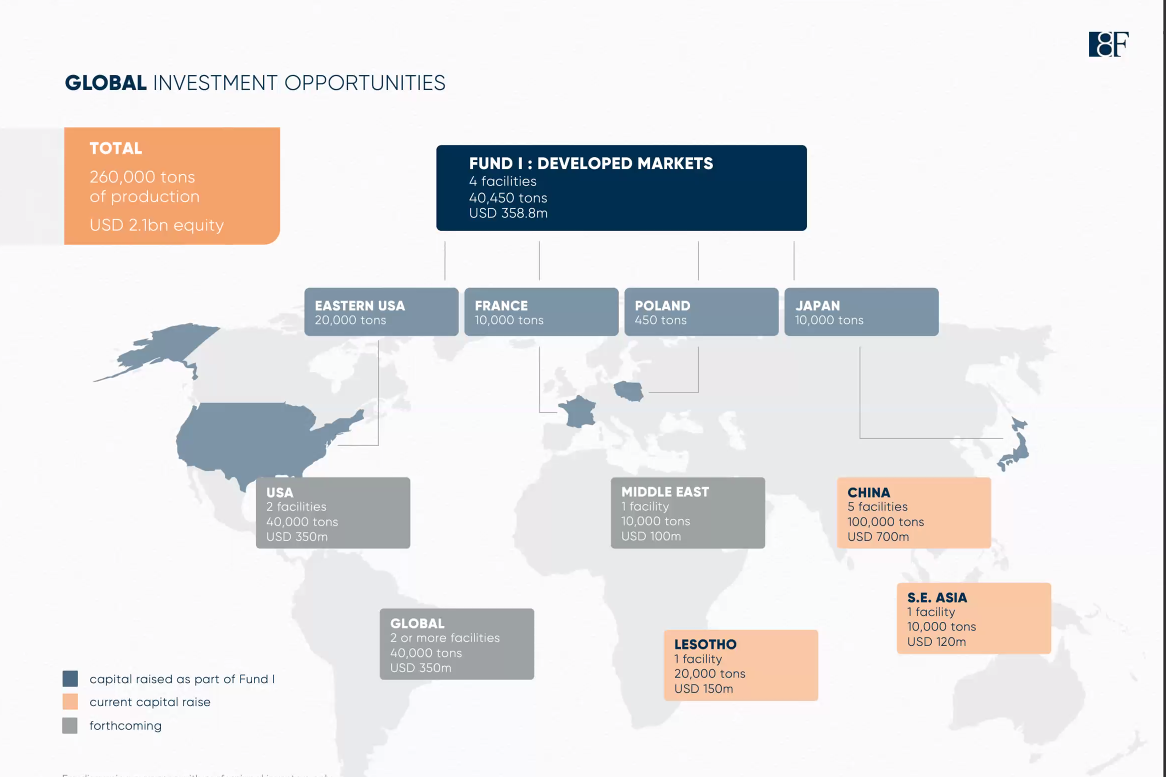 As Fothergill said on Undercurrent News’ own webinar earlier this year, 8F is looking to raise $700 million for the five units which will make up the China-based part of its overall $1.6 billion plan to produce 260,000t of salmon in recirculating aquaculture systems globally.

On SpareBank’s webinar he spoke of 8F’s confidence in the growth potential for the Chinese salmon market.

“China’s already the sixth-largest consumer of salmon, but it’s got to that position with tiny penetration per capita consumption, just 0.1 kilograms. And that’s compared to 1.3 for the USA and 8kg in Norway.”

“China has been growing, in terms of consumption, about 16% for the last 10 years, and is still forecast to continue growing over 9% compound over the next 10 years.” 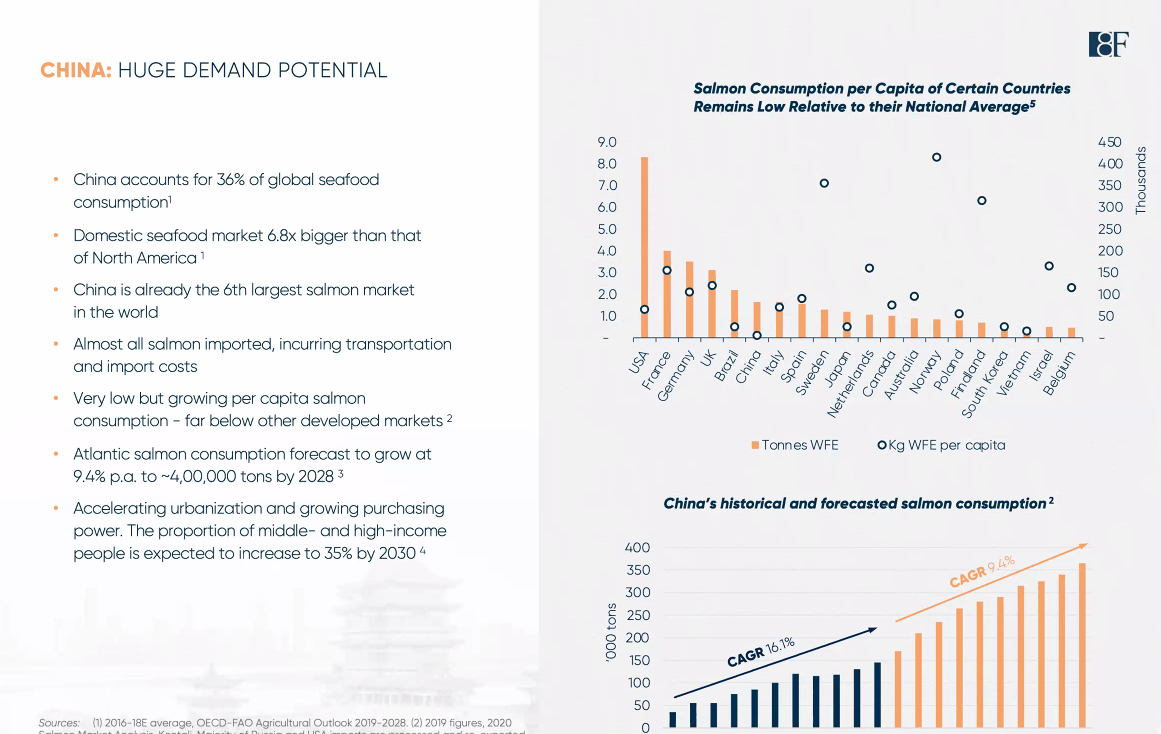