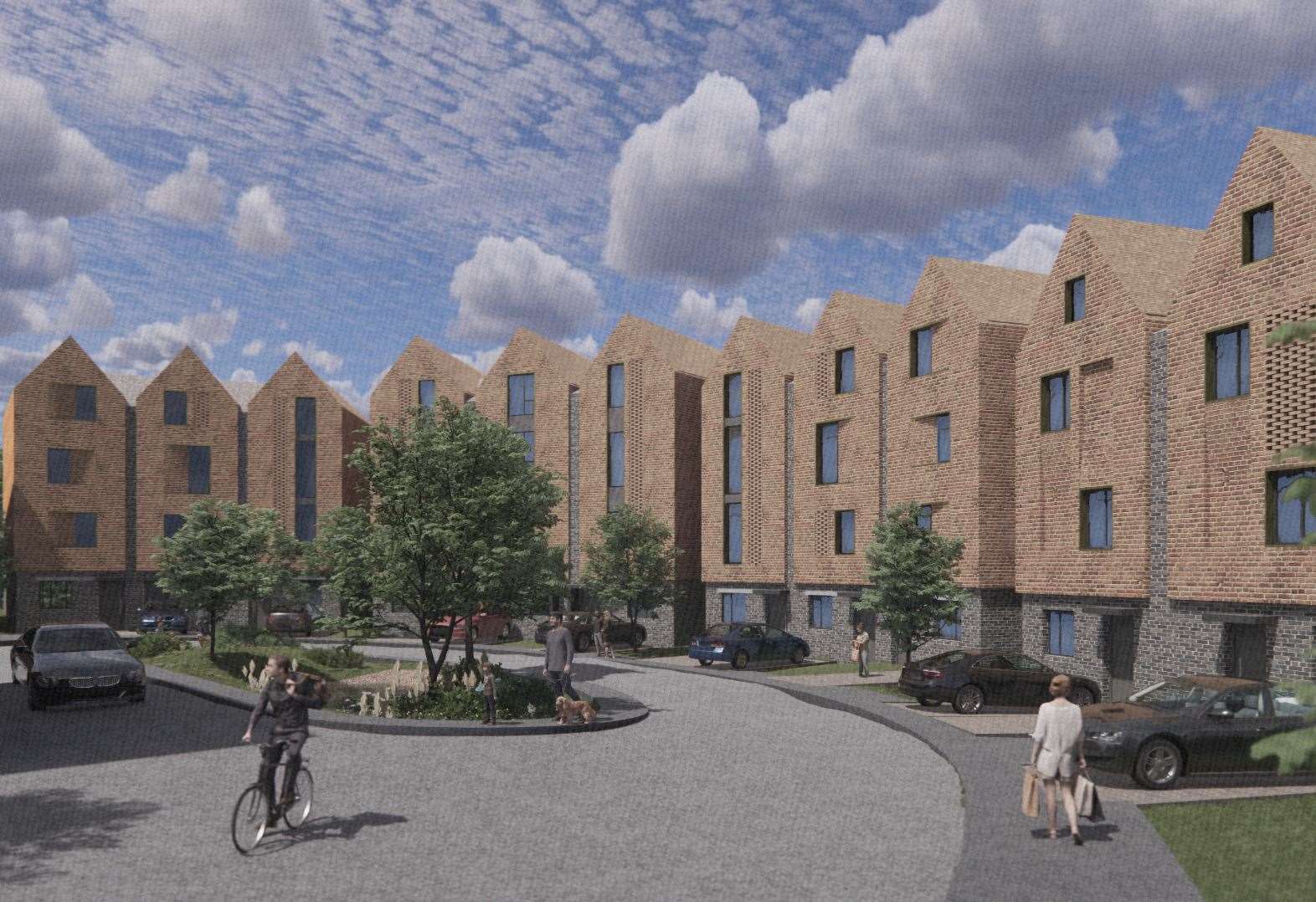 Plans to build 38 more homes on site of the former Royal Victoria Hospital (RVH) in Folkestone are expected to be given the go-ahead, despite being described as ‘excessively dominating’.

A planning application reveals a proposal to create 19 houses – a mix of four and five bed – and 19 one and two bed apartments on the land surrounding the historic hospital in Radnor Park Avenue.

Artist impressions show how the houses will sit behind the main hospital building in a crescent shape, with a row of terrace houses in the middle of the site too.

The apartment block will face the road at the front of the site.

Permission was granted at the end of 2019 to transform the main hospital building – which has fallen into disrepair over the years – into 18 apartments.

Work on site is already underway, with outbuildings having been demolished.

The hospital is more than 100 years old but has been empty for over a decade after its last ward closed in 2006.

This application, and the previous one to overhaul the main hospital building, have been put forward by developer Leo Griggs with designs from Hollaway architects.

Folkestone Town Council (FTC) has objected to the plans, describing the scheme “over-intensive” and “excessively dominating”, and is calling for the number of homes to be reduced.

The council also called for some original features, such as a clock face and foundation stone to be preserved. Neighbours have also raised objections.

But despite this, officers have recommended the project for approval.

A report states: “The proposals represent good design and officers consider that the development will contribute positively towards sustainable development and the council’s identified five-year supply of housing land without giving rise to any serious amenity concerns.”

The scheme will be discussed by members of Folkestone and Hythe District Council’s planning committee on Tuesday (September 22), via virtual meeting.

At the same meeting, plans to build 14 affordable homes on an adjoining plot of land in Radnor Park Road will also be heard.

A communal garden would sit between the two buildings, and include cycle storage space, soft landscaping and open space for leisure purposes, but no parking is proposed.

All homes are due to be affordable housing and the plans come from the same developer, Mr Griggs.

This scheme is also recommended for approval.

Read more: All the latest news from Folkestone