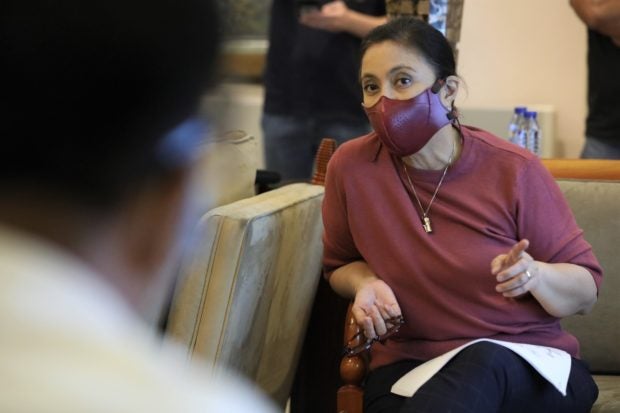 MANILA, Philippines — A new simplified website that will show how local government units (LGUs) are dealing with the coronavirus disease (COVID-19) based on international standards will be launched by the Office of the Vice President (OVP) on Monday, Vice President Leni Robredo said.

In an interview in her Sunday radio program with DZXL, Robredo revealed that they have created a website that uses data provided by the Department of Health (DOH) that follow standards set by The Lancet COVID-19 Commission.

Last September, The Lancet COVID-19 Commission released a study that ranked the Philippines 66th out of 91 countries in terms of being able to suppress the spread of COVID-19.  In that paper, the Philippines’ status is currently at a moderate transmission.

(When the Lancet Study came out, it is an international study which gauged the performance of countries when it came to the COVID-19 response, they had international standards which we are trying to replicate in a local version so we could analyze data more efficiently.)

(So all of these were based on data provided by DOH but we would simplify them. We want to say that we can simplify this but we are using international standards.)

According to Robredo, they have observed that the DOH data is sometimes overwhelming as it is full of numbers that cannot be understood by some.  She also stressed that simply corresponding a specific LGU to its COVID-19 numbers is not enough, because there would be instances wherein transmissions would look bloated because it does not consider the total population in the said area.

Robredo cited the case of Quezon City, which has a high number of cases but also has one of the highest population and land area in Metro Manila.

(At the office, since a month ago, we have been crunching data because it should not be based solely with absolute numbers.)

(For example in Quezon City, a city with a big population so if we would look at it only using absolute numbers, we can see that most of the cases are in Quezon City.)

Robredo said these may serve as a guide for the OVP and other government offices in determining which areas need assistance the most.

(High incidence means more than 100 are infected daily for every 100,000 of the population — which has been our basis for the past month. Fewe PPEs are brought to areas which are responding well to measures, we lessen the amount of assistance to areas doing good, while prioritizing those who might need help.)

For more news about the novel coronavirus click here.

What you need to know about Coronavirus.


The Inquirer Foundation supports our healthcare frontliners and is still accepting cash donations to be deposited at Banco de Oro (BDO) current account #007960018860 or donate through PayMaya using this link .