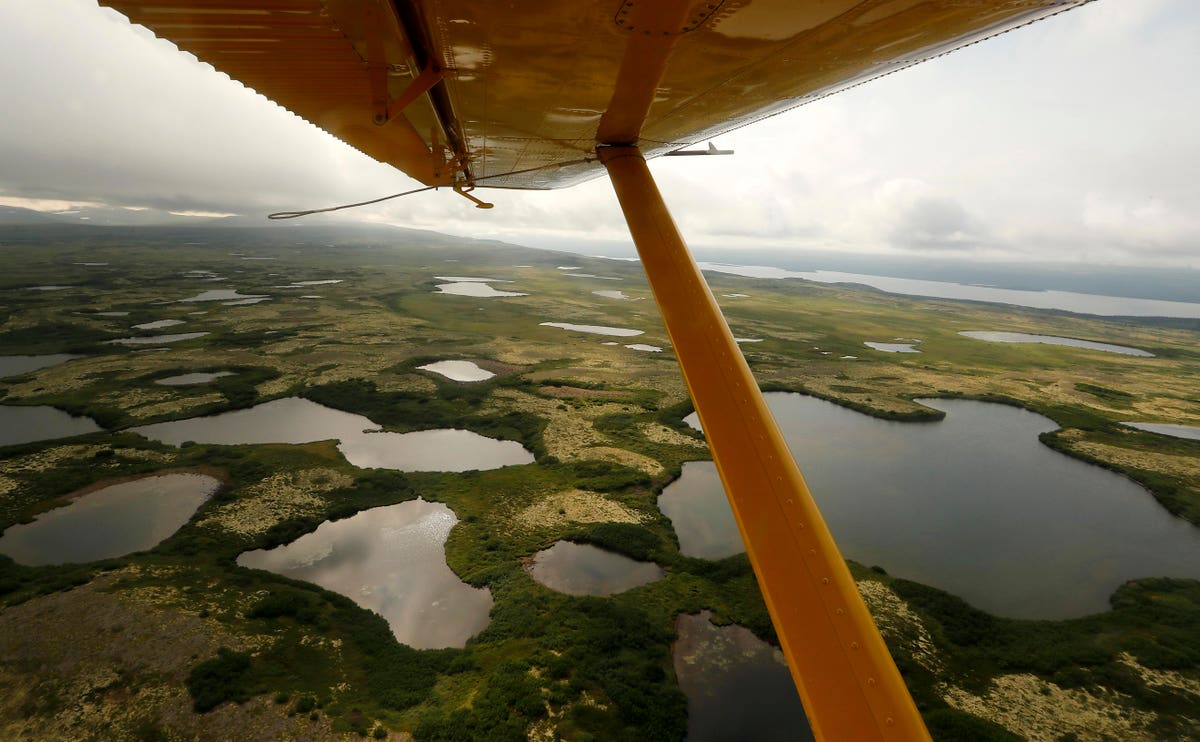 A series of undercover videotapes released yesterday from the non-profit Environmental Investigation Agency reveal damning conversations between EIA investigators and executives of the companies behind the controversial Pebble Mine. The proposed project sits at the headwaters of Alaska’s Bristol Bay, home to the biggest remaining wild salmon run on the planet that’s the foundation of the traditional lifeways of the region’s indigenous people, regularly supplies half the world’s sockeye catch, and is a beloved sport fishing tourism destination.

The tapes expose the extent of Pebble Limited Partnership and its parent company Northern Dynasty relationships with Alaska’s elected officials and political appointees at all levels of  state and federal governments, and executives’ assumption regarding the Alaska Congressional Delegation’s willingness to quietly allow the process to proceed without stopping the project. The tapes also reveal executives’ plans for a far more massive and long-lived mine than proposed in the permitting process, and Pebble’s apparent plans to use the infrastructure included in its mine plan to open up other expansive swathes of western Alaska to mining.

“It’s disturbing to hear that Alaska’s senators have been playing politics with Bristol Bay,” said Alannah Hurley, executive director of United Tribes of Bristol Bay. UTBB represents the 15 federally recognized tribes in the area that make up 80% of the region’s population. “Our region looked to them for help in stopping a toxic mine that could destroy our communities and cultures, and these tapes indicate that they have only paid lip service to our cause, while allowing a corrupt and inadequate review process to continue. It’s time for the Alaska delegation to listen to their constituents, disavow this project, and help stop Pebble once and for all.”

The Pebble Mine has been at the center of a decades-long fight that’s come to a head in recent months. Residents of the bay and local and national environmental groups have been fighting the mine’s development since the early 2000s, when the small Canadian company Northern Dynasty Minerals filed early plans in 2001 to develop the massive deposit of gold, copper, molybdenum and other minerals discovered under two of Bristol Bay’s most productive salmon streams.

In 2014, the Obama administration blocked the Pebble Mine’s development under the Clean Water Act after scientists found it would result in “complete loss of fish habitat” in some areas of Bristol Bay, which is one of the last pristine watersheds unaffected by dams, fish hatcheries and climate change. The fishery—home to all five species of Pacific salmon—is the backbone of a $1.5 billion commercial and sport fishing tourism industry that supports 14,000 workers every year, and critical to indigenous people who who’ve called this region home for thousands of years, for both subsistence living and cultural identity.

But at the end of July 2019, the Trump administration EPA lifted the Obama-era protection, removing the barrier for the Pebble Mine’s permitting process. In a review process that many experts criticized as hurried and containing crucial gaps in the science, the Army Corps of Engineers issued its final environmental analysis for the mine on July 24, essentially green-lighting a federal permit.

But the tapes represent the latest in a series of hurdles the mine has faced since the Army Corps released its final review. On August 4, Donald Trump Jr., who had fished Bristol Bay with his son in 2014, tweeted his opposition to the mine, breaking with his father’s administration’s efforts to advance the project. And on August 20, the Army Corps itself demanded significant environmental mitigation measures to offset the high levels of damage the proposed mine would cause, potentially limiting Pebble’s ability to secure a permit under this extractive resources-friendly administration.

The proposal from Pebble that underwent environmental review is for a 20-year operation with a daily process rate of 180,000 tons. But the EIA recordings reveal executives’ vision for a 200-year mine life, with expansion after the first 20 years, and daily production rates of up to 320,000 tons.

“We are shocked at the depth and breadth of Pebble’s deception,” said Rachel James, Bristol Bay campaign coordinator for the Alaska-based conservation organization SalmonState. “From their manipulation of the Alaska governor’s office, to the truth of their plan for a massive 200-year mine, to cozy relationships with the Army Corps and EPA political appointees, it’s clear they will stop at nothing in their plans to build a toxic mega-mine at the headwaters of the greatest sockeye salmon run left on the planet.”