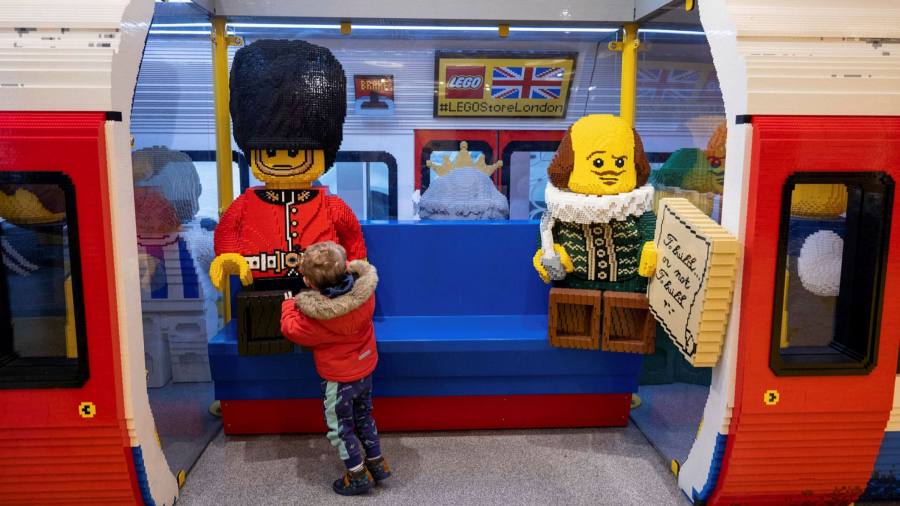 Lego plans to triple its number of software engineers and step up investment in a digital push, as the world’s largest toymaker embraces an online world it has long feared could erode the appeal of its physical bricks.

Niels Christiansen, Lego’s chief executive, said the Danish group was increasing its software investments to several hundreds of millions of dollars and no longer viewed its physical and digital products as separate.

“Now we see things coming together, so it’s much easier to link the two and it becomes one experience,” Christiansen said in an interview. “On that digital journey we’re really upping and increasing our capabilities, and we’re insourcing capabilities that were done by consultants before . . . Today, it’s our single biggest investment,” he added.

Based in the remote Jutland town of Billund, Lego last month officially opened its digital hub in Copenhagen, adding to existing software centres in London and Shanghai. The group aims to employ 1,800 software workers by the end of 2023, triple the number it had at the start of last year, with about 400 of them based in Copenhagen.

Since its near collapse in 2003, privately owned Lego has enjoyed considerable success. The group increased its revenues by more than a quarter and profits by almost a third last year as children flocked to brick sets based on Super Mario and the Chinese-inspired Monkie Kid.

Atul Bhardwaj, Lego’s chief digital officer, said that one new capability the company had was “to start building our own games — that could be a possibility”. Lego outsourced its video game development shortly after 2003 and has enjoyed some hits with individual titles but not with some of its bigger projects.

People close to the toymaker say there was long-held frustration at Lego that it had not developed Minecraft, the hugely popular digital building game created by a Swedish start-up and now owned by Microsoft.

“I think that held them back for a while. But digital has been like a ghost for them — I don’t think the threat has been real,” said one senior official.

Christiansen, who joined Lego as chief executive in 2017 from a Danish engineering company and nursed it back to health after a minor growth wobble, conceded that it “probably would” have been great for the toymaker to have made Minecraft but suggested that the group had not invested enough in digital before.

“It’s easy after the fact to say I wish we had done it, but you have to put it in the effort and make the ambition at a certain level before you can aspire to certain things. That’s the difference: there’s a certain magnitude to what we’re doing right now,” he said, adding that the size of investments was equivalent to “we want to create a Minecraft”.

Lego’s biggest announced digital project is a partnership with Epic, the maker of the Fortnite game, to develop a so-called metaverse specifically for children to be launched within the next 12 months.

Three-quarters of children “hang out digitally”, chatting with friends or attending concerts, said Christiansen, but their parents worry about the platforms they use. Many children play Fortnite well before they are 12, the game’s age rating.

“We need to give them good and safe experiences in there, and make connections also to our physical products. Today, none of those platforms where kids go are truly digitally safe,” he added. But he gave few concrete details and said the substantive talks with Epic were only just starting.

However, Lego is not relegating the importance of the physical to its business. Christiansen said the brick remained the heart of the company and that all of its physical sets were surrounded by some kind of digital initiative such as a game or a TV series.

The group is also making a bold bet on the future of retail, taking its total number of physical stores to about 830 after opening 165 last year. It plans to open 150 new ones in 2022.

Christiansen said Lego’s growth had accelerated as the Covid-19 pandemic eased and people returned to its stores, even though the company viewed them more as “brand experiences”, where children can make their own mini-figures digitally and then print them, rather than as somewhere purely to sell products.

The Lego chief said one area he addressed when joining was to change the culture of the company so it could embrace the “trial and error” approach of digital and not have “everything perfect”.

Many of its video games, notably The Skywalker Saga, have been hits but some of its bigger initiatives such as Universe and World, which tried to emulate Minecraft, and Dimensions, its entry into the toys-to-life category, have struggled. Christiansen said it was now looking more for midsized successes.

“It’s less of the old days, where you did a big project for three years and, bang, something came out and it either worked or didn’t work. I think this is going to be much more the agile way of working. We’ve had things that we didn’t get totally right.” he said.