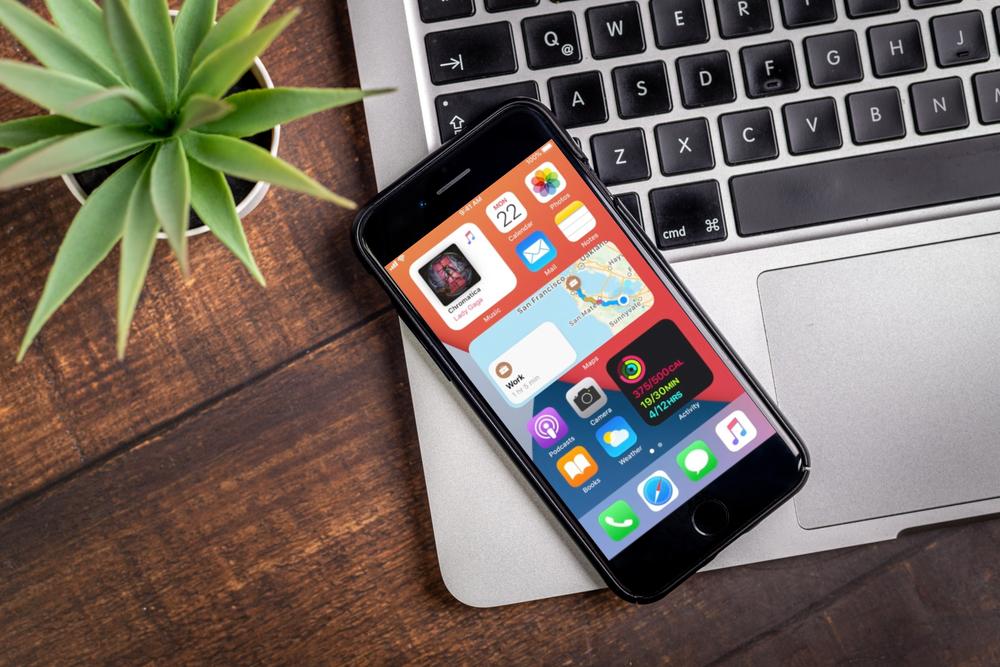 iOS 14: how to customise widgets and home screen – plus compatible devices

This is how to personalise your iPhone (Photo: Shutterstock)

After its highly anticipated release on 16 September 2020, iPhone users have been treated to a whole host of updates with the new iOS 14 operating system.

iOS14 adds a new level of customisation and personalisation that allows Apple users to really make their iPhone their own, with widgets, themes and custom app icons.

The i newsletter cut through the noise

This is everything you need to know about iOS 14 – and how to achieve the best level of customisation out of the update.

To update your iPhone to the latest iOS 14 operating system, you need to make sure that your phone is plugged into a charger and that it’s connected to the internet with wifi.

Then go to Settings > General > Software Update. From there, tap download and install.

Alternatively, you can choose to ‘Install Tonight’, which will update your device overnight whilst you sleep, as long as your phone is charging.

You might receive a message that asks you to temporarily remove some apps from your phone – this is because the update needs more space in order to download. You can choose to either continue, or cancel the update at this point.

If you choose to continue, after the update, the iOS will reinstall the apps that were removed.

You should make a backup of your device using the iCloud or your computer before updating to ensure nothing important is lost.

What new features are there?

The new features that come along with iOS 14 are extensive.

One of the biggest updates is the introduction of widgets, which have been redesigned and can be placed on the home screen. You can choose between small, medium or large widgets to best suit the design of your phone.

Incoming phone and FaceTime calls appear as a banner at the top of the screen, Siri has a new compact design, and picture in picture allows you to watch a video or take a FaceTime call whilst using another app.

You can choose up to nine of your favourite message threads pinned at the top of the list, direct message an individual in a group conversation and customise group photos.

There are 11 new hairstyles and 19 new pieces of headwear styles to customise your Memoji, with new Memoji stickers, six added age options and face covering options.

How to customise your home screen

The latest iOS update has allowed Apple users a chance to really inject their personality into their device – and iPhone users have run wild with it, showing off their home screens on social media.

But with so much customisation at your fingertips, it can be intimidating knowing where to start.

If you’re looking to give your iPhone home screen a revamp, these are some of the best tips and tricks to get you started.

With the introduction of home screen widgets, you can choose between first or third party widgets that are included with apps you download from the App Store.

There were a number of developers ready to release their widget apps at the time of the launch of iOS, with one of the most popular ones being an app called Widgetsmith.

The Widgetsmith app allows you to access a range of customisation options, and a number of useful functions, such as a calendar, weather icon and clock. There are a range of font choices you can choose from to best suit your style.

While the ability to create custom home screen icons from iOS apps isn’t exactly new (Apple introduced this feature when it first introduced the Shortcuts app a few years ago), many users are discovering this feature for the first time.

You’re not actually creating custom app icons – you’re creating a new shortcut that triggers the launch of an app, using a custom image for that shortcut.

The process to do this is fairly simple – open the Shortcuts app, tap ‘new shortcut’ and choose the app that you want to customise. From there, you can choose the name of the app and an image for the app. You can choose from a range of preloaded icons, or choose from your gallery.

The issue with this workaround is that because this is a shortcut and not the app itself, you won’t get any notification badges on your customised icon.

One of the Apple widget types in iOS 14 is called a Smart Stack, which intelligently stacks multiple widgets together based on factors like the time of day, and Siri intelligence.

You can pick a prebuilt Smart Stack from the widget picker, or customise your own. This means that you can select different widgets and stack them on top of each other, and swipe between them.

You can do this by simply adding one widget to your home screen, then go back to the Widget gallery and then choose another and drag it on top of the first widget to create a stack.

Wallpapers, of course, are not a new feature. However, customising your wallpaper can easily upgrade the look of your phone.

You can set a custom wallpaper by opening photos, tapping on the photo you wish to use and then selecting the share button.

From there, scroll down and select ‘use as wallpaper’. You can adjust the picture to your liking by zooming in, pinching and swiping. Once you’re happy, tap ‘set’ and then choose whether you want it to be your lock screen, home screen or both.

Which devices are compatible with iOS 14?

Apple has said that iOS 14 is compatible with devices from the iPhone 6s and later, which is the same compatibility as iOS 13.