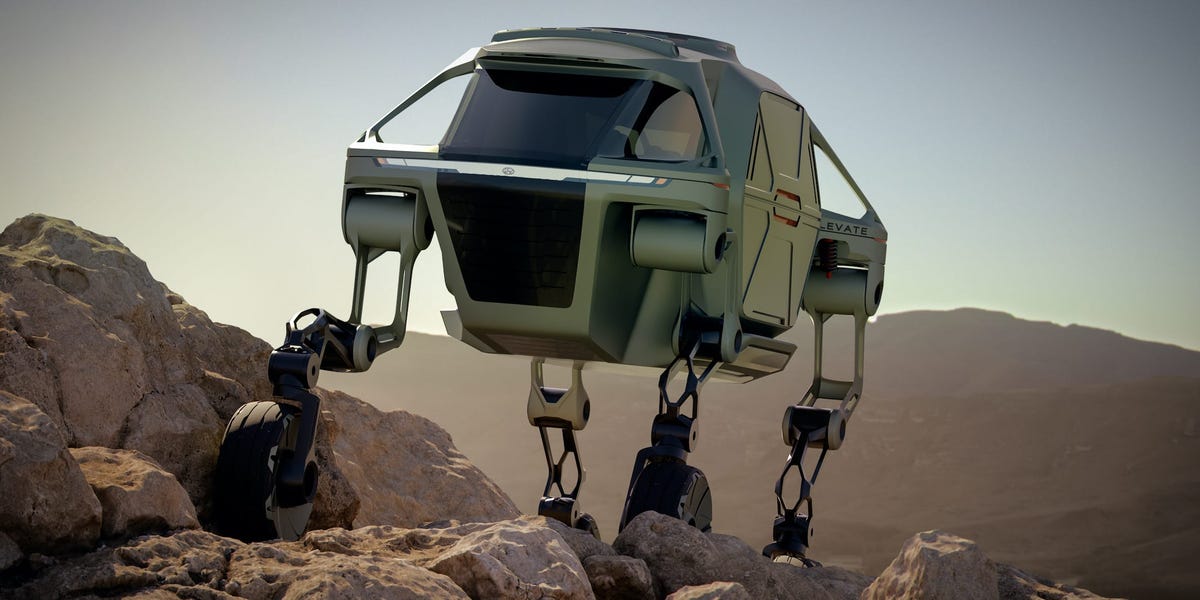 When most people think of land vehicles, a general idea comes to mind: moving boxes, typically with four wheels. But the folks at Hyundai think that basic blueprint could use a major update — think, instead, moving boxes that can both roll down highways on four wheels and walk across land on four legs.

Hyundai announced Monday the formation of its New Horizons Studio, which will focus on developing what the company calls “ultimate mobility vehicles,” or UMVs. The UMVs will “push the extreme limits of vehicle development,” and will “traverse off-road terrains with unprecedented mobility, through a combination of robotics and wheeled locomotion technology,” Hyundai said.

The design studio’s details are vague for now, but Hyundai did say the studio will begin by developing the Elevate, which debuted in concept form at the Consumer Electronics Show in 2019.

The Elevate’s standout feature is that its four wheels are attached to four robotic legs. That, according to Hyundai, has numerous real-world applications.

Hyundai envisions that an Elevate-style vehicle could help first responders traverse harsh terrain after natural disasters, or pick up wheelchair users who don’t have access to an ADA ramp right at their doorstep.

In announcing the Elevate last year, Hyundai also said the concept would be able to travel at highway speeds, climb a five-foot wall, and replicate “both mammalian and reptilian walking gaits, allowing it to move in any direction” — you know, the stuff you see in sci-fi movies, not real life.

Hyundai said its New Horizons Studio will help “further Hyundai Motor Group’s vision to shape the future of mobility,” but didn’t say when it may reveal a working prototype.