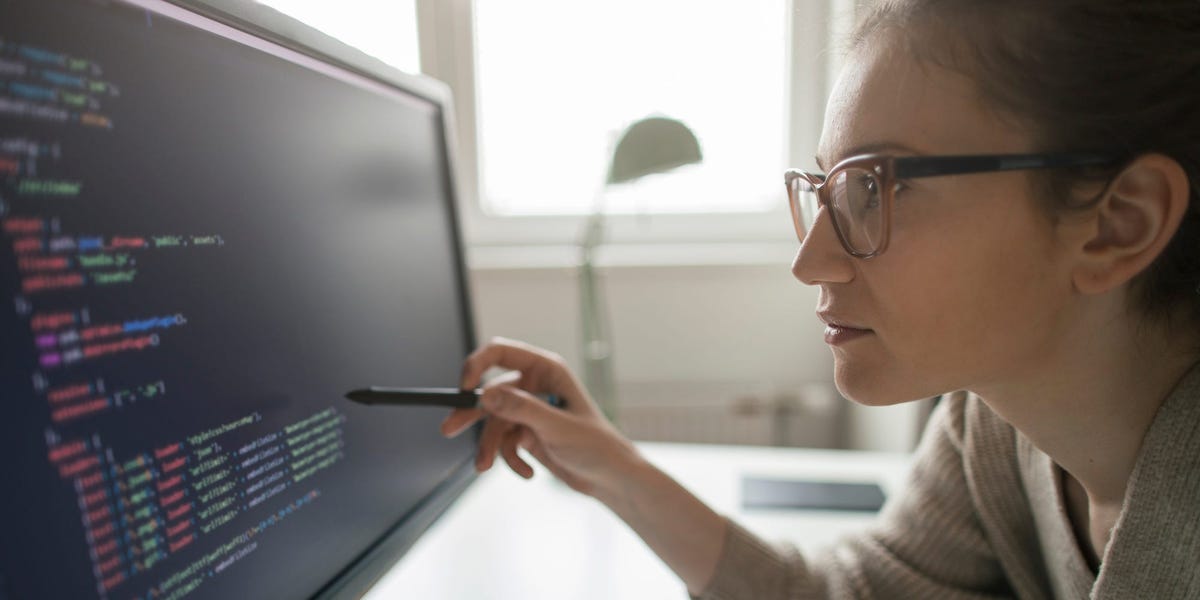 How to land a 6-figure salary job in software engineering

According to the US Bureau of Labor Statistics, the software engineering field will increase by 21% from 2018 to 2028, creating about 284,000 more jobs. That’s almost double the projected growth for all other occupations combined, which is 11%.

The average salary for this profession in the United States is around $86,000, though it varies widely depending on where you live. For example, the average in San Francisco is $120,200, while in Asheville, North Carolina, it’s $69,187.

Three software engineers shared with Business Insider how they managed to land six-figure engineering roles and level up in their careers in just a few years.

A 2016 survey found that 85% of jobs are filled via networking. Join online forums, reach out to people you admire on LinkedIn, and attend relevant conferences and other events — yes, there are virtual options.

Schoonmaker has wanted to be a software engineer since childhood, when he read a book about Microsoft’s early days. He was determined to be the next Bill Gates, so he taught himself basic web development skills in high school, then earned a computer science degree.

After interning at IBM during college, they offered him a full-time job. In 2012, he moved to Austin, Texas, to work for an enterprise software company called Lithium Technologies before moving onto Living Security. He’ll never forget when, a few years into his role at Lithium, his manager told him he’d be making $102,000. His starting IBM salary was around $58,000.

Networking has played a large role in Schoonmaker’s career so far. He learned about the IBM internships from multiple connections, and Living Security was founded by two of his close friends.

Start building your network before you need it. It’s more important to form meaningful, lasting relationships, even if you only touch base every so often, than to only use people for random one-off favors.

“Step by step, over time, my network has kept me apprised of new trends, market ebbs and flows, and open positions,” Lauren Hasson, a software engineer for a Silicon Valley payments company, told Business Insider. “I have been able to tap this network for career advice and support as I advance to new levels and seize new opportunities.”

Based in Dallas, Texas, Hasson is also the founder of DevelopHer, a career development platform for women in tech. She transitioned into tech nine years ago after becoming unemployed. She took an “Intro to Java” course at a community college and got an entry-level coding job.

In less than two years, she received four company awards. By the end of her third year, she’d surpassed the six-figure salary mark.

Create a substantial portfolio of projects

Schoonmaker suggested using GitHub or GitLab to showcase your work.

“Assume anyone who’s viewing [these projects] is critiquing your code quality, comments, documentation, and tests,” Schoonmaker said. “This attention to detail will help you stand out compared to other candidates whose profiles are a wasteland of half-completed experiments.”

Identify a list of companies you love, research the type of technology or frameworks they use, then “work on independent projects that implement those technologies to give yourself hands-on experience to put on a resume or mention in an interview,” added Jonathan Sanchez, a senior project engineer for the Union Pacific Railroad in Omaha, Nebraska.

Since graduating with his software engineering degree, Sanchez has worked on Bank of America’s online banking system, analyzed weather data for the US Air Force, and served as the sole developer on the National Weather Service’s weather warning generator. It took him 14 years to achieve a six-figure salary, but he stresses that cost of living definitely played a part.

Hasson added that sharing her portfolio, images of projects she worked on with descriptions, on both her LinkedIn and resume “was key to getting hired because it showed the breadth and depth of my work and that I’m top of [my] field,” she said.

Here’s a list of more than 80 project ideas to try.

“Being able to resolve issues with little to no guidance and a quick turnaround time shows your peers and upper management you’re reliable and able to take on more responsibility,” Sanchez said. This is one of the top characteristics he looks for when hiring software engineers.

Show initiative and try to uncover the answer yourself before running to someone else for help. “A person who frequently asks for assistance without showing any attempt to solve an issue becomes more of an annoyance than an asset,” Sanchez said.

Sanchez, for instance, realized that his team had to do a lot of tedious guesswork when trying to identify where specific issues originated from, rendering them quite inefficient. So he took it upon himself to create a feature that allowed them to troubleshoot much more quickly and improve overall turnaround time.

Sanchez said that when the problem-solving mindset becomes second nature to engineers, “their peers, including upper management, recognize this consistent type of performance and promote them.”

When it comes to actually solving problems, Sanchez suggested the Teddy Bear Method, which he said is common among his fellow engineers. To do it, place a stuffed animal on your desk. State the issue and discuss your thought process. This works because it allows the individual to step away and organize their thoughts without having to consult anyone else.

Learn how to communicate technical challenges in simpler terms

You need to be able to exchange information in a clear, easy-to-digest manner in order to successfully collaborate with other departments, vendors, and clients.

“My ability to communicate and summarize technical challenges into simpler terms has always been my greatest strength,” Schoonmaker said. “When you combine that with my technical skills, I feel like the rest of my early career success just naturally followed.”

When Schoonmaker was about six years into his career, for example, he was asked to be the team lead for a new project. As part of this role, he had to regularly share his team’s progress with the rest of the company. Though he believes he was far from the best developer on the team, his deep understanding of both the technical challenges and the business-use cases enabled him to adequately inform the project’s various stakeholders.

“Having the ability to translate project requirements between technical and non-technical coworkers is a priceless skill,” he said.

When you speak to or observe others in your field, take note of what certifications they have and what skills they often leverage in their day-to-day routine. Similarly, when reviewing job descriptions, highlight the skills, programming languages, and other specific types of experience required or preferred. Then find ways you can add those same things to your resume.

There are several free or affordable resources you can turn to, such as Coursera and Udemy. When it comes to soft skills, five of the most in-demand are creativity, persuasion, collaboration, adaptability, and emotional intelligence. Here’s a list of courses to take to hone those soft skills.

“I have invested countless hours and thousands of dollars in learning the skills (tech and soft) necessary to advance my career,” Hasson said. “Whether it was the technical skills required to stay at the top of my game or the negotiation skills I needed to increase my salary and position, I invested in myself first.”

Become your own strongest advocate

When Hasson learned that one of her male peers — someone she’d trained before — was hired at a salary 50% higher than she made at the same job level, she took action.

Over the course of two years, she spent between $7,000 to $10,000 on coaching, online courses, and books in order to learn how to negotiate. “Not only did I [end up tripling] my salary,” Hasson said, “but the additional income I was making was a six-figure amount [in itself].”

Afterward, Hasson launched DevelopHer to help other women in tech learn how to “negotiate for the salaries they deserve.” Her negotiating program has helped thousands of women land raises, from 26% to 67% increases, in just a single negotiation. One woman, for example, secured an additional $80,000 a year.

“Yes, it was scary to invest money I didn’t have to learn how to negotiate,” Hasson said. “But my only regret is that I didn’t do it sooner, because the return on [my] investment was incredible.”