The location was different — the guests and audience gathered over Zoom — but the fun went on with the first virtual Homestyle Dish and Design, which featured live presentations on cooking, cocktails and garden design. 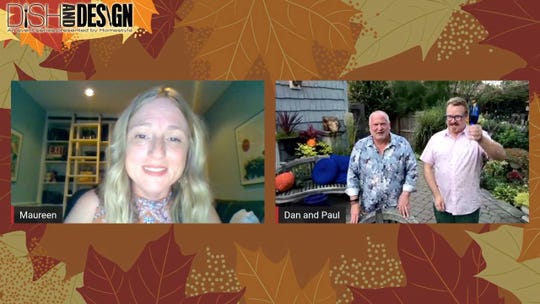 Dan Davis and Paul Johnson of Dan Davis Design took attendees on a tour of Dan Davis’ garden as twilight settled over the Ferndale home.

Davis, an interior designer, created the space with more than 3,000 plants. Woven throughout the greenery are many architectural pieces, several from the Hudson’s building and some from Detroit in general, said Davis. He’s also gotten many from travels to antique markets. “Almost every one has a story,” he said.

The pair talked about accenting your outdoor space with garden incense (which is stronger than home incense), large glass pieces that can stay outside all winter to add color and outdoor rugs.

“We’re in Ferndale, we have a very tiny but very cute garage, but it’s more of a garden shed,” said Davis, adding that he and his husband use their driveway as a space to entertain. “We turned it into courtyard and it’s actually more functional for us.”

Johnson says that lighting, layers and accessorizing are just as important in your outdoor space as it is inside. Both men agree that when it comes to fall accent colors, it’s not just about orange; step outside the box.

Another major tip: Greet guests with a cocktail to make them feel welcome. 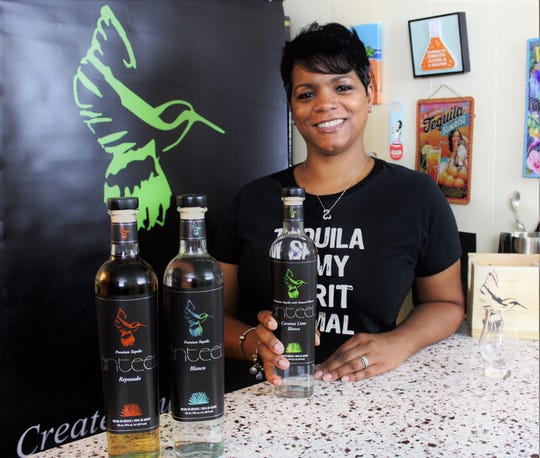 Nayana Ferguson, owner of Michigan-based Anteel Tequila, created a Reposado Cider Margarita for the crowd. The Canton resident is the first Black woman to own a tequila brand.

“We are a Michigan company, but true tequila has to be made in Mexico, so we important our tequila from Jalisco,” she said.

She made the cider marg using apple cider, triple sec and the reposado. She garnished with a squeeze of lime, a lime wheel and dehydrated apple pieces.

Anteel Tequila is available in 400 stores and bars in Michigan. The company also has a coconut lime tequila and a blanco, both 80 proof. Their reposado (which means “rested”) is aged for eight months in Tennessee whiskey barrels while most reposado tequila rests in American white oak barrels for four-six months, Ferguson said.

During Dish and Design, Ferguson stressed that margaritas aren’t just for summer. In addition to the cider margarita she made a tequila mule cocktail using the Anteel reposado Anteel tequila, a squeeze of lime, a pinch of cinnamon and a splash of ginger beer. She also said Anteel Tequila is made to be sipped, so it tastes great on its own, too.

As he seasoned the seabass Hardy talked about his new spice blend. 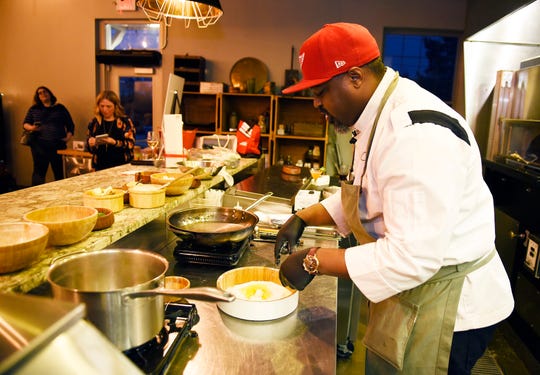 “It’s been a passion for me the last couple years to come out with a spice line,” he said. “You can use this on everything, every day.”

The Chef Max spice line can be purchased on his website, chefmaxcelhardy.com, or at his restaurant Coop Detroit, 474 Peterboro, inside the Detroit Shipping Company food hall. There, he sells jerk chicken, jerk ribs, spicy cauliflower and Caribbean corn, giving customers a taste of the islands.

He said this curried spiced recipe can be used on any kind of white fish, or even salmon.

“If you do it with salmon I don’t recommend using the flour,” he said, adding that he gets his seafood at Market Fresh, but he also recommends getting fish at Whole Foods or Eastern Market. “This is a very easy dish, the hardest part is probably blanching off the yuca fries and getting them the same size.”

For plating, he stacked the crispy yuca and rested the fish filets on top, then spooned the buttery beurre blanc sauce on top.

Dish and Design attendees were getting copies of the cocktail and seafood recipes so they could re-create the treats on their own.

The next virtual Dish and Design is scheduled for later this year.