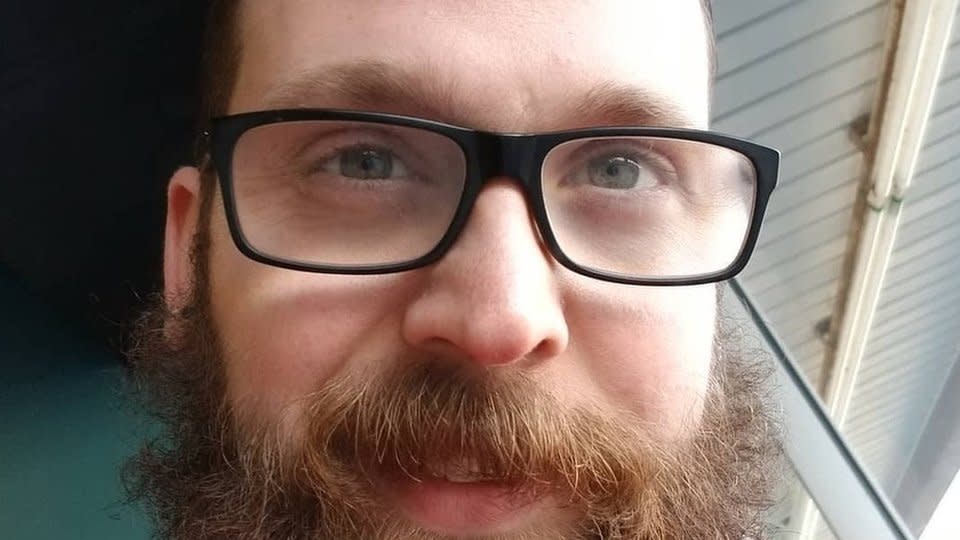 Now, he is fighting for answers from the firm and other social media platforms where clips of the suicide are widely available.

“For the last two and a half weeks Ronnie’s image has been one of the most recognisable on the internet and yet these companies claim to have detection software to stop it, so something isn’t right,” he said.

He reported it to Facebook during the livestream, at 22:00 Mississippi time – two hours after the video had started, and half an hour before Ronnie killed himself.

He said that he didn’t get a response until 23:51, when Facebook told him that the video did not violate its community guidelines.

By then, Mr McNutt was dead.

Josh Steen said the social network had an opportunity to stop the stream when Ronnie misfired his gun before 22:00 – which he says is a clear violation of the guidelines.

“If Facebook had intervened then, my friend may still have committed suicide but at least there wouldn’t be this video.”

Mr McNutt was a 33-year-old army veteran who had seen active service in Iraq, and subsequently dealt with post-traumatic stress disorder (PTSD) and other mental-health issues.

He had recently broken up with his girlfriend and had been drinking on the night of his death. He was talking about suicide and arguing with people who were trying to comfort him. At some point the police turned up outside his apartment.

More than 200 people were watching the stream when he died, including Mr Steen and several of his friends.

Clips showing his death started going viral the day after his suicide.

“The video was public and his account was public. Whoever took the first clip and uploaded it created a back story about Ronnie,” said Mr Steen.

“None of it was true. But it helped fuel the fire to help it spread,” he added.

On Mr McNutt’s Facebook page, more and more comments were being posted. Many were unpleasant and Mr Steen reported them to the social network as harassment.

But he said Facebook told him nothing could be done because he was not the account holder.

Meanwhile, several online funding pages were set up in Ronnie’s honour. But they were not authorised by the family and Mr Steen is unclear what, if anything, was being done about it.

“It got so out of hand. We watched it circle the globe. When a person in Australia says their nine-year-old child had seen this on TikTok, it’s crushing.”

He is aware that many will argue Mr McNutt should never have filmed his death in this manner and that others will blame him for the psychological damage inflicted on those seeing the video.

But Mr Steen remains loyal to his friend.

“I don’t think that was his intention when he started the live,” he said.

“When you go back and follow his digital trail there is this beautiful telling of his life on various social-media platforms. He had a history of getting on a streaming service and talking.”

Regardless of the background, Mr Steen is outraged that the video is still online.

He believes bots are spreading the clips.

Facebook has previously discussed the use of automated software to share misinformation and make certain posts go viral for political ends.

“Graphic content that makes people feel upset and fearful can by used by those trying to destabilise populations to unsettle people. Or it could be to test how effective the platforms are at taking this type of content down.”

That happened with the Christchurch shootings, she said, where copies of the video spread at an incredible rate.

“The idea was they did this so they would know how to attack the platform at a later date,” she said.

Facebook declined to answer a question about the use of bots in this case.

In a statement the firm said: “We removed the original video from Facebook last month on the day it was streamed and have used automation technology to remove copies and uploads since that time.

“We are reviewing how we could have taken down the live-stream faster. Our thoughts remain with Ronnie’s family and friends during this difficult time.”

Mr Steen has learned a few other things about how the internet works in recent weeks.

“YouTube didn’t have any idea that if you misspelled Ronnie’s name then the algorithm wouldn’t spot it. We found thousands of instances of the video where people had done this.”

He also came across:

In response, YouTube said it had clear policies that prohibit content containing or promoting self-harm. “We quickly remove any copies of this video uploaded to YouTube,” a spokesperson said.

“We extend our deepest sympathies to the family of Mr McNutt.”

TikTok repeated its claim that is systems “have been automatically detecting and flagging these clips”.

Mr Steen thinks Ronnie’s family deserve more and hopes there can be action before another person in distress starts a live-stream.

“I don’t want this to happen to anyone else’s family,” he said.

“These are the most powerful companies on Earth. We know that they have the monetary resources and they claim to have the tech – all they don’t have is the ability to care.”

For information and support on mental health and suicide, access the BBC Action Line.