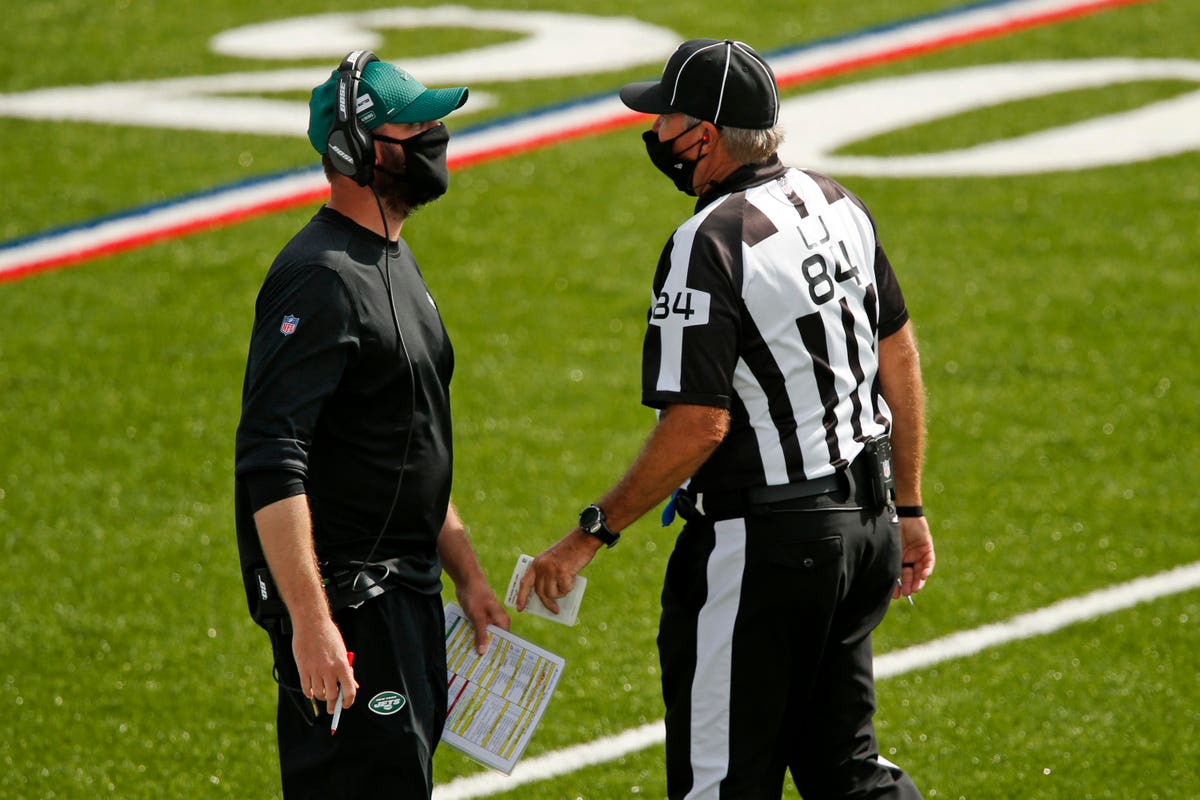 Fire Gase? It Sounds Good, But That’s Not How The New York Jets Have Done Business

Two games, two disasters for the New York Jets. Some observations, including from a monetary angle, on what is going wrong and on what can and cannot (and what most likely will not) be done to try fix what already seems like a lost season before the calendar even has flipped to October.

Fire Gase? Don’t count on it. It sounds nice and it makes for good headlines and memes, but it’s doubtful that Gase is going anywhere unless the carcass starts to stink so much that acting owner Christopher Johnson no longer can avoid the stench. Remember, he hired Gase in January 2019, despite Gase’s flameout in Miami, because of a glowing recommendation from All-World quarterback and All-World pitchman Peyton Manning, and just last week called Gase a “brilliant offensive mind.”

There’s also the little matter of the money he still owes Gase. The Jets reportedly signed Gase to a four-year deal worth $20 million, and that is a lot of money to be paying two coaches. Gase is one season and two games into that contract, and the Johnson family has yet to pull the plug on a coach in-season. In fact, New York has not done it since 1975 when Charley Winner was, well, jettisoned after a 2-7 start. This organization simply does not roll that way.

Thus far, Christopher Johnson has seemed to be less willing to bow to public outcry than brother Woody, now serving as the United Stated Ambassador to the United Kingdom. And with no fans allowed in MetLife Stadium for the foreseeable future by the New Jersey government because of the coronavirus, the public outcry won’t be as noticeable, and it won’t be felt in diminishing revenue from walkup attendance, parking concessions, etc.

Also, the interim head coach would be, uh, whom exactly? Defensive coordinator Gregg Williams’ unit has been embarrassed in each of the first two contests, and special teams coordinator Brant Boyer apparently wasn’t deemed a worthwhile enough option when previous head coach Todd Bowles should have been shown the door when the Jets were a dead team walking in late 2018.

Gase isn’t the entire problem, but… New York’s problems go deeper than Gase’s coaching, and he isn’t the sole reason for quarterback Sam Darnold’s struggles—more on that shortly—but there are a lot of issues.

Gase’s insistence on handling playcalling duties on gameday means he often is not focused on the big-picture aspects of the game, with his head buried in his play card. Worse yet, although he can draw up decent gameplans, probably better than his detractors give him credit for, he is not good at making adjustments on the fly.

Against San Francisco on Sunday, he refused to get his tight ends involved in the passing game, keeping them in to block instead. Gase did this despite the fact San Francisco sackmeister Nick Bosa was carted off with an injury in the first half.

“We were using the tight ends a lot in protection today,” Gase said.

He also apparently still will not let Darnold audibilize at the line of scrimmage. Reserve running back Josh Adams was stuffed by Fred Warner on fourth-and-1 at the 49ers’ 20 with 3:41 left in the second quarter.

“No, we just stick with it,” Darnold said of the called plays.

Granted, Adams was stopped because right guard Greg Van Roten whiffed when he tried to block Warner. But the design of the play was all wrong. Adams isn’t a power back like ageless Frank Gore, who was starting in place of Le’Veon Bell (hamstring). And how about having reserve tight end Trevon Wesco, who was in for that play, line up at fullback for extra muscle in front of Adams, instead of a one-back set?

Darnold isn’t blameless. (Sorry, folks.) It is true much of this isn’t his fault. Many of Gase’s playcalls are sketchy at best, and Darnold isn’t surrounded with top-notch skill-position talent.

But if Darnold is the franchise quarterback Johnson believes him to be, he needs to lift up the players around him. He must raise his game. Instead, he seems content to dink and dunk, and become Captain Checkdown. Is some of that the fault of Gase and general manager Joe Douglas? Yes. It’s on Gase for not even trying to dial up deep shots Sunday. Yes, Breshad Perriman left with an injury, but Bengals castoff Josh Malone showed speed on the gadget end-around that set up a field goal. Why not let him go deep for a play or two?

And Douglas’ decision to let Robby Anderson (two 100-yard receiving games for Carolina) walk in favor of signing the injury-prone Perriman doesn’t look good, at least in terms of the early exit polls.

Still, Darnold needs to go through his progressions if he wants to be a big-time NFL quarterback. A case in point occurred two plays after that 12-yard run by Malone.

Gase dialed up a “pick” or “rub” route for slot receiver Braxton Berrios, filling in for injured Jamison Crowder, whom Darnold missed very much. Berrios went to the outside and outside receiver Chris Hogan went to the inside, with the hope that the two San Francisco defenders would get picked off by one another and leave Berrios open.

It did not happen, and Berrios was well-covered by K’Waun Williams, who wrapped him up for a 1-yard gain. The play was not there, yet Darnold, with no pass rush whatsoever to harass him, never looked elsewhere. He got rid of the ball in two seconds.

The Jets’ injury-ravaged receiving corps may well be below NFL standards, but it’s hard to get open consistently when the quarterback gives you no time to run your routes. Darnold must be more patient on those occasions when he does have a clean pocket instead of robotically going to the first read even when it is well-covered.

Not a great start for Douglas. GM Douglas is taking the long view, and he must, but this wasn’t a great two weeks for him. As noted, he chose not to re-sign Anderson, who didn’t get exorbitant money from the Panthers ($10 million fully guaranteed, per overthecap.com). Perriman ($6 million fully guaranteed) has been a non-factor thus far. Van Roten, another free-agent signee, was the culprit on the fourth-and-1 flop. Douglas also signed former Indianapolis cornerback Pierre Desir, who was benched in the second quarter on opening day and didn’t enter Sunday’s game until new starter Quincy Wilson suffered a concussion.