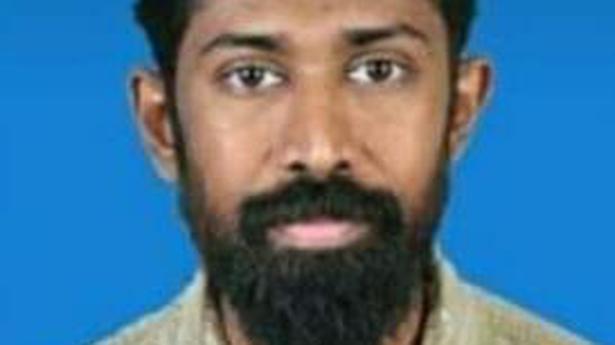 Funds being raised for Kozhikode-based artist Vikas Babu, who is suffering from renal disease

The Facebook group ‘Punarjani: helping hands for resurrection’, which is hosting a virtual art exhibition, is buzzing with activity. The 100-odd photographs of paintings and other art works that have appeared on the page overnight are part of an effort to raise funds to meet the medical expenses of artist Vikas Babu, better known as Vikas Kovoor, who is suffering from renal disease.

Vikas runs ‘Agora’, an art school at Thondayad in the city. He had undergone his first renal transplantation in 2010, when his close friends and students raised funds in a similar manner. Eight years down the line, his body rejected the organ that his mother had donated, forcing Mr. Kovoor to undergo another transplantation.

His well-wishers had resorted to various methods to raise funds. Exhibitions were conducted in Kozhikode and Bengaluru in the last two years, but they were not very effective. An exhibition planned in the city in April had to be dropped due to the threat of COVID-19 spread.

“We realised it was pointless to wait as Vikas’s condition is worsening and hence the online expo,” said artist Ramesh Manikkan, one of the coordinators.

The show features works of around 50 artists in the group, including Mr. Kovoor. The photographs of the art works including paintings, sculptures and other handicrafts have been posted on the Facebook page, along with specifications, the medium used and the price. Those interested may buy the art works and deposit the proceedings directly in Mr. Kovoor’s bank account. Members of Punarjani also plan to sell their works in their own capacity and donate the proceedings to Mr. Kovoor.

The expo was opened by theatre personality Soorya Krishnamoorthy on Sunday while veteran artist K.K. Marar has expressed solidarity with the artists. Popular artists such as Satheesh Thayat and Suresh Unni are part of the show. “We need to raise at least ₹35 lakh for the surgery through this show,” said Mr. Thayat, adding that the organ donor had been identified.

A letter from the Editor

Your support for our journalism is invaluable. It’s a support for truth and fairness in journalism. It has helped us keep apace with events and happenings.

The Hindu has always stood for journalism that is in the public interest. At this difficult time, it becomes even more important that we have access to information that has a bearing on our health and well-being, our lives, and livelihoods. As a subscriber, you are not only a beneficiary of our work but also its enabler.

We also reiterate here the promise that our team of reporters, copy editors, fact-checkers, designers, and photographers will deliver quality journalism that stays away from vested interest and political propaganda.