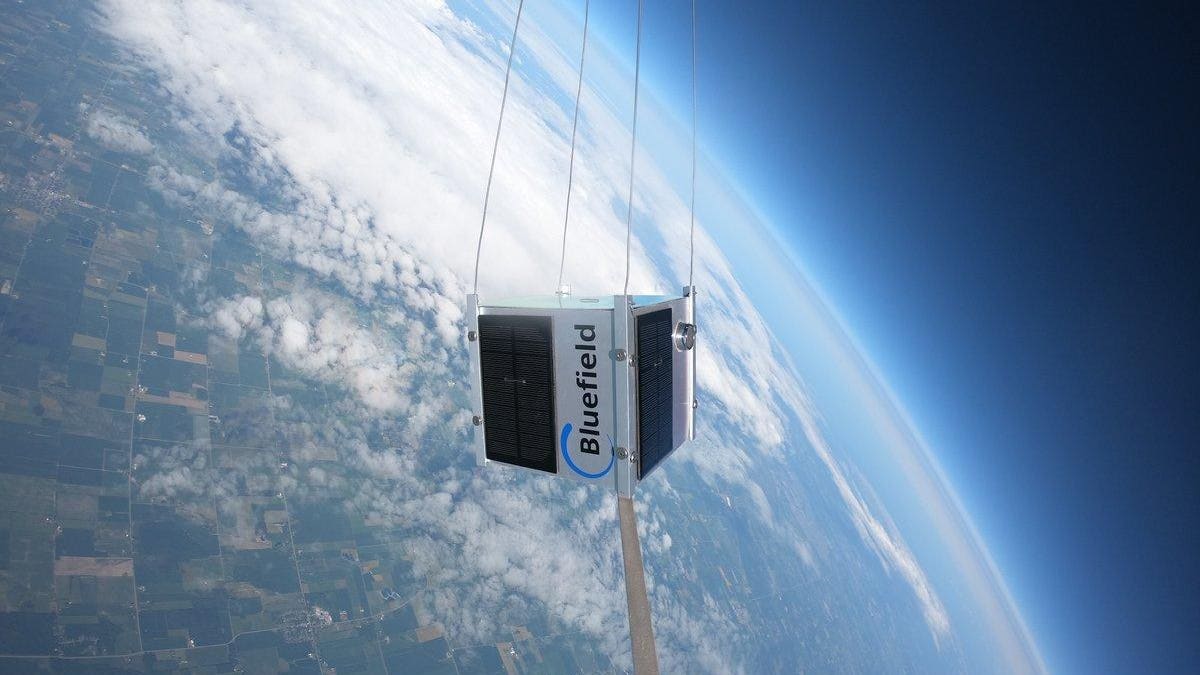 Energy Companies, Others Use Expanding Range Of Tools To Detect, Control Methane

As energy companies strive to get their emissions of methane under control, they’re being joined in the fight by a loose coalition of academic institutions and non-governmental organizations (NGOs) employing a suite of tools that combine technological innovations, such as drones and satellite-based detection equipment, with advanced data analysis.

While past efforts to regulate the emissions of the potent greenhouse gas have focused on identifying the smaller leaks spewing from equipment at oil and gas operations sites, advanced methane-detection equipment, carried aloft by airplanes and satellites, is giving researchers as well as oil and gas operators the ability to track large plumes of methane across vast geographic areas.

In the meantime, the development of sophisticated continuous monitoring equipment, and the resultant decrease in cost of that equipment, is giving operators the ability to survey the air quality across entire oil fields, pinpointing the locations of any leaks that do occur.

According to the Environmental Protection Agency, methane, the key constituent of natural gas, is a potent greenhouse gas with a global warming potential more than 25 times that of carbon dioxide. It’s the second most prevalent greenhouse gas emitted by human activity in the United States with nearly 30% of those emissions coming from oil production and the production, processing transmission and distribution of natural gas.

In major oil and gas producing regions, such as the Permian Basin of West Texas and southeastern New Mexico, oil supermajors, such as ExxonMobil and Shell, as well as some of the largest independent operators such as Pioneer Natural Resources are taking the lead in reducing their methane footprint.

“As the environmental community, regulators, even oil and gas companies think about how do we further drive down emissions, you have to be in a position to find leaks more often,” Erin Tullos, ExxonMobil technology lead, said in an interview.

“It’s not as much that the technology requires a step change as much as operators need to roll up their sleeves now and figure out how to implement these technologies in their work flows.”

The company is working with the University of Texas, Gas Technology Institute, Environmental Defense Fund and Pioneer to launch Project Astra, which will establish a sensor network that will leverage advances in methane-sensing technologies, data sharing and data analytics to provide near-continuous monitoring, according to a statement on the UT website.

Researchers will conduct the first phase of network development, which will test a wide range of methane sensing technologies, in the Texas Permian Basin. The program developers will design the full network in a virtual reality simulation of West Texas oil and gas production.

The sensor network is expected to allow producers and regulators to find and fix significant methane leaks at or below the cost of current monitoring technologies, many of which measure emissions only on an annual or semi-annual basis.

Earlier this month Rocky Mountain Institute (RMI), in partnership with data analytics company Spherical Analytics announced the launch of a related initiative, the Climate Action Engine (CAE), which like Project Astra will focus on measuring methane emissions in the Texas Permian Basin.

In a statement, RMI said that the new platform would “produce accurate, timely and actionable greenhouse gas (GHG) emissions data to inform planning and action related to reducing methane emissions from the oil and gas industry.”

Operators in the basin, including Shell, Origin Energy, ExxonMobil and Chevron will provide feedback to shape the CAE’s outputs and help identify opportunities to reduce methane emissions in areas under their operational control.

RMI principal Taku Ide said the platform will be “technology agnostic,” when it comes to the source of the emissions data.

The CAE will collect emissions data from a variety of sources, including satellites, manned and unmanned aerial vehicles (drones), public and private monitoring stations, compliance reporting and other publicly available inputs and reports.

“It could be that the granularity provided by satellites is sufficient, in which case we will place weight on a satellite, or it may require a combination, a tiered approach: of satellite aerial flyovers, drones and IoT (Internet of Things) right up to the well pad,” he said in an interview. “Depending on the use case that users want to unlock, we will have a different combination of technologies in addition to modeling and reported data.”

A wide selection of methane-measurement technologies currently is available to oil and gas producers, depending on whether they want to inspect a potentially leaking valve at a gas processing plant or want to forestall the possible eruption of super-emitter events across entire oil and gas fields.

“What we see in the methane-detection space is there’s no one-solution-fits-all applications out there,” Jason Roe CEO of Avitas, a Baker Hughes-owned venture company, said in an interview. “It goes all the way from satellites down to people on the ground with hand-held cameras.”

Avitas recently partnered with Shell to perform methane-detection inspections using drones across the supermajor’s assets in the Permian Basin. The company also has the ability to do low-cost, ground-based continuous monitoring with its proprietary Lumen Terrain technology.

In its aerial inspection program, the company flies drones equipped with optical gas imaging (OGI) cameras. “What’s unique about what we do, is we have an automated back end that enables us to automate the findings,” Roe said. “In addition, we can use computer-vision algorithms to drive additional findings on the sites, beyond just the methane detection itself.”

Other technologies utilize small airplanes or helicopters to fly over larger areas, mapping out leaks of methane, such as Bridger Photonics’ Gas Mapping LiDAR™. “We scan the infrastructure and we hand our clients a map that pinpoints the location of the leaks in every piece of infrastructure and quantifies the amount of the gas from that infrastructure,” Bridger president and CEO Pete Roos said in an interview.

“Sixty to 90% of the sites don’t have leaks and don’t need to be visited … That’s our value proposition,” he said. “We’ll give you this answer key from the air of what you need to go visit and what you don’t.”

Space represents the final frontier for methane-detection technology. The space race began in June 2016, when Montreal-based GHGSat launched the world’s first high-resolution satellite capable of measuring greenhouse gas emissions from any industrial facility in the world.

“GHGSat is the first and only operator of satellites in the world today that can monitor from individual facilities — individual well pads, compressor stations, landfills, coal mines — any site that emits CO₂ or methane,” GHGSat President Stephane Germain said in an interview.

The satellite uses light-absorption spectroscopy to detect methane leaks. “Every gas has a spectral fingerprint. What our instrument does is look at light at specific wavelengths that correspond to the presence of methane,” Germain said.

GHGSat launched its second satellite earlier this month. “This new satellite will have 10 times better performance than our last satellite,” Germain said. “We took everything we learned and put it into our new satellite.”