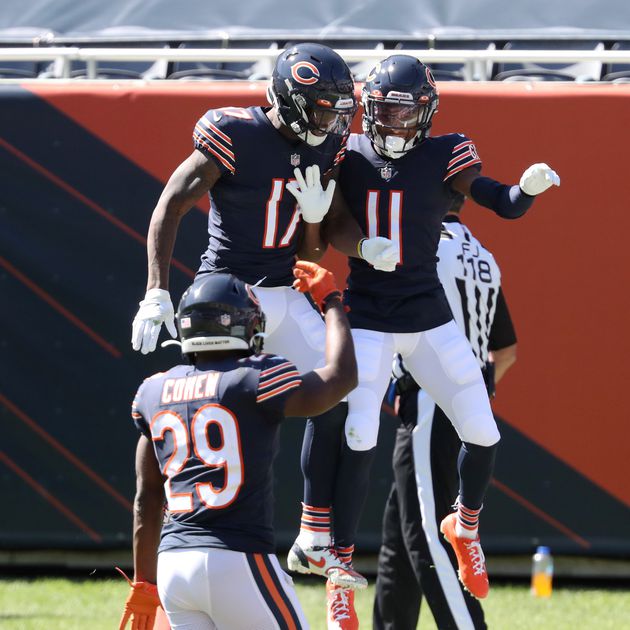 Yes, it’s premature to start eyeing postseason awards before Week 3 kicks off. Fuller is off to a terrific start, and that isn’t surprising after coaches singled him out for having an excellent training camp. He is a really good cornerback and arguably the one player the defense can least afford to lose. Johnson looks as good as advertised, and I’ve thought the Bears got a really good player there going all the way back to the draft. He has size, length, athletic ability, savvy and confidence. He looks like the total package, and I wonder, without the shoulder injury, if he would have been a late first-round pick. Johnson has four pass breakups through two games, and Fuller has been as good as you would hope. It’s hard for cornerbacks to win defensive player of the year. They need to have a lot of splash plays — think takeaways — and perhaps need the top pass rushers to have down years. Yes, the Patriots’ Stephon Gilmore won the award last season, but before that, the only cornerback to be named defensive player of the year since 1994 was the Packers’ Charles Woodson in 2009. If Johnson can get some picks this year, he would certainly be in consideration for defensive rookie of the year. Cornerbacks are often overlooked for this too, though. Since 1976, only four cornerbacks won the award: the Chiefs’ Dale Carter in 1992, Woodson with the Raiders in 1998, the Chiefs’ Marcus Peters in 2015 and the Saints’ Marshon Lattimore in 2017. Keep in mind, major awards generally go to players on winning teams, so the Bears need to have success for these guys to have a better shot.