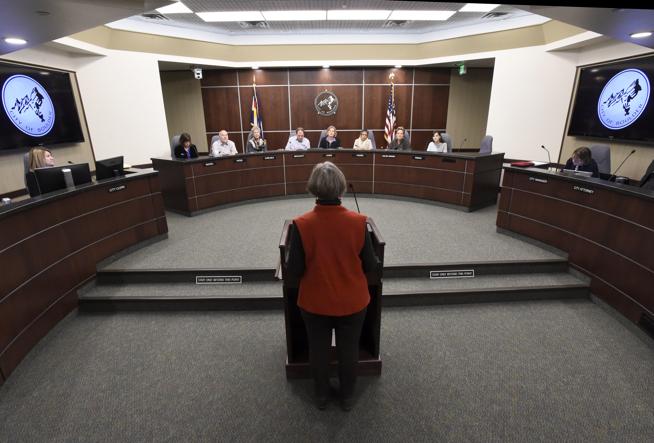 Boulder City Council in a Tuesday study session will learn how to use the new online petitioning software created by Runbeck that the city says will be ready in January and available for the 2021 election cycle.

Work on the software has been in process since December when the city opted to contract with the Arizona-based election services company after a request for proposals. The decision follows a November 2018 election in which Boulder voters approved a charter amendment allowing for electronic endorsement of initiative petitions.

City staff maintain Runbeck was the best option, although some Boulder residents and members of the city’s former campaign finance working group pushed for MapLight, a nonprofit that develops software for nonprofits and governments.

According to previous reporting by the Camera, MapLight produced two “open source” systems, in which the programming code for the petitioning software could have been accessed and modified in a collaborative manner with the city. The programming code is the part of the software that most users do not see. It’s what computer programmers use to manipulate or change how a program works.

However, when MapLight responded to Boulder’s request for proposal, the offer was not for free development, according to a city staff memo provided in a previous council meeting.

A March Camera article said MapLight’s maintenance costs for its system would have cost the city $58,000 during the first year, $60,000 and up to $62,000 during the third year of Boulder using the software, according to city staff.

The four-year contract with Runbeck consists of monthly payments by the city for the system’s development up to about $250,000, with $80,000 per year in expected maintenance costs, city staff told Council.

Some members of the working group felt their voice wasn’t given enough weight in the process, and a few wrote emails to council because open comment won’t be a part of Tuesday’s study session.

“Boulder used to be a star in its management of elections, while now the public has lost trust in the entire process. It will be up to the council to invest its time and attention to adequately understand online petitioning so that you can repair our broken initiative process and regain the trust of the public,” Allyn Feinberg, a working group member, said in an email sent Monday to Boulder City Council.

“I think there is a tendency to want to dress up staff’s agenda with public input,” working group member Mark McIntyre agreed. “But then when the public input actually is challenging to the staff’s position … they’ll just proceed with their agenda.”

McIntyre, a member of the working group, is one of the people involved with the Our Mayor, Our Choice ballot initiative.

City Attorney Tom Carr disagreed, calling it a matter of election security. He said the city’s IT department felt Runbeck would be the better, safer choice.

“This is a system that accesses personally identifying information about voters,” Carr said. “It would have been irresponsible for the city not to work on a system that was as secure as possible in this environment.”

Most of Boulder City Council agreed with the Runbeck contract, though Councilmembers Rachel Friend and Adam Swetlik in March pushed for the city to reissue a request for proposals.

Another point of contention surrounds the fact that, moving forward, petitioners must choose to use the new online system or stick with procuring signatures on paper. McIntyre and other members of the working group worry that will dissuade organizations from petitioning altogether, and they’re hesitant about the online system’s requirement that those signing provide a phone number.

Carr referenced the extensive work required to verify signatures’ validity as the main reason for requiring groups to choose between the new online system or paper.

“Those are real concerns, but in terms of the additional cost to use both and the marginal benefit that you get from doing both, it’s better to require one or the other,” he said.