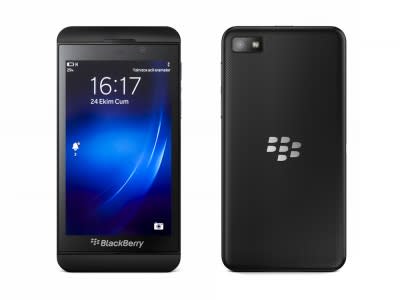 BlackBerry (BB) Has Fallen 14% in Last One Year, Underperforms Market

In July 2019, Spree Capital Advisers had released its Q2 2019 investor letter. Blackberry Ltd (NYSE:BB) stock has posted a return of -13.8% in the trailing one year period, underperforming the S&P 500 Index which returned 8.4% in the same period. This suggests that the investment firm was wrong in its decision. On a year-to-date basis, Blackberry Ltd (NYSE:BB) stock has fallen by 25.2%.

“Most know of BlackBerry (formerly Research in Motion) as the inventor of the smartphone. Some may know of BlackBerry as a value trap that has not appreciated in over 5 years. Some may also know that BlackBerry has recently finished a transition from a handheld device company to a software and services business. We have followed BlackBerry’s transformation for years, and we believe that the pieces are finally in place for sustainable value creation.

BlackBerry has three complexifiers that obfuscate the value inherent in the business. First, a shrinking top line previously made Blackberry un-investable. The shrinking top line was due to a 5-year turnaround that has taken Blackberry from a smartphone maker with $6.8B in sales, to a software and services business with over $1 billion in recurring revenue. This dynamic changed in Q4 2018 when Blackberry put up total company revenue growth for the first time in over 5 years. Second, BlackBerry modified its sales model to focus on subscription licenses at the expense of perpetual licenses, coinciding with a shifting accounting model under ASC 606. Third, BlackBerry is investing in new products and services, while facing an investing vs revenue and earnings mismatch in the financial statements due to the fact that the benefit of many current and past design wins do not show up in earnings until 2-3 years after the fact. All three of these earnings complexifiers follow a historical fact pattern that has created successful investment opportunities for us in the past.

BlackBerry has three growth drivers that will create value. First, BlackBerry’s QNX middleware provides an operating system and software development tool with a long tail of penetration and ARPU growth. As software increasingly defines the automobile, from driver safety assistance programs to infotainment installations, the use cases for QNX grow from the current higher end auto mix of today, to eventually, all 1.1 billion automobiles worldwide. As the addressable market grows, QNX ARPU grows. In the 3-5 years since the 150 million primarily infotainment based installed base had design wins, the penetration has increasingly shifted to higher margin, new cycle advanced driver assistance products such as digital cockpits. Importantly, the economic value for these recent, higher value design wins do not show up on the income statement (besides nominal six figure development payments) until the royalties begin to accrue 3+ years after the design win. Additionally, QNX has significant white space and platform scalability in other industries. This scalability is evident in the recent launch of QNX OS Medical 2.0, an operating system used in the development of secure medical devices. Significant white space also exists in industrial robots, green energy solutions, and building automation systems.

Second, we believe that BlackBerry’s acquisition of Cylance, a provider of advanced cyber security products, represents a 1+1=3 opportunity for revenue and earnings growth. As Cylance products are embedded into the BlackBerry portfolio beginning in 2H19, the cross-selling opportunities of the entire BlackBerry platform to Cylance’s small-medium business customers, and to BlackBerry’s large enterprise customers, creates upside that is not reflected in current market estimates.

Third, BlackBerry has several secular tailwinds that support growing end markets. The rise of cloud computing has led to increased enterprise use of decentralized applications, which has created significant growth in the number of vulnerable endpoints that are then targeted by hackers. While this is happening, the increased use of connected equipment; from autos to industrial and home sensors has multiplied the number of vulnerable endpoints. With the step change in data throughput available with the launch of 5G, the number of endpoints on “things” communicating with each other will grow exponentially. We believe that BlackBerry’s lead in endpoint security technology puts it in pole position to capture much of the growth in this market. While this is happening, the economic wars of the 21rst century are increasingly being fought through the theft of intellectual property and digital assets. We believe that the entire cyber security industry is underearning its potential.

In any business we invest in, we look for multiple ways to win. With BlackBerry, we get accounting complexifiers that obfuscate the valuation, a QNX operating system with a first mover advantage and significant market applications and latent pricing power, cross selling & upselling opportunities of Cylance in both the existing footprint and across other industries, and secular tailwinds that support growing end markets. We get all of this for under 4x recurring revenues, supported by a margin of safety provided by a patent portfolio with over 37,500 patents with a 10-year average life, for a company growing the top line at 25% and doubling operating margins over time.”

The top 10 stocks among hedge funds returned 185% since the end of 2014 and outperformed the S&P 500 Index ETFs by more than 109 percentage points. We know it sounds unbelievable. You have been dismissing our articles about top hedge fund stocks mostly because you were fed biased information by other media outlets about hedge funds’ poor performance. You could have doubled the size of your nest egg by investing in the top hedge fund stocks instead of dumb S&P 500 ETFs. Below you can watch our video about the top 5 hedge fund stocks right now. All of these stocks had positive returns in 2020.

At Insider Monkey we leave no stone unturned when looking for the next great investment idea. We read hedge fund investor letters and listen to stock pitches at hedge fund conferences. We go through lists like the 10 most profitable companies in the world to pick the best large-cap stocks to buy. Even though we recommend positions in only a tiny fraction of the companies we analyze, we check out as many stocks as we can. You can subscribe to our free enewsletter below to receive our stories in your inbox:

Disclosure: None. This article is originally published at Insider Monkey.