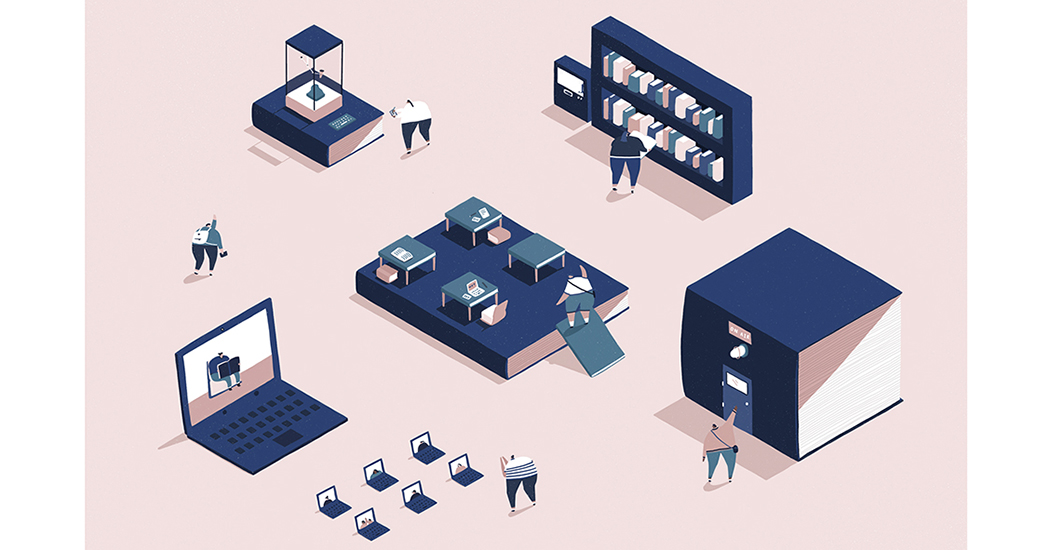 Beyond the Pandemic, Libraries Look Toward a New Era

The research arm of Gensler, the architecture and design firm, has been studying libraries for several years. In a 2019 report Gensler found that libraries were now “people-centered not collections centered,” a change that upended popular preconceptions, said Mr. Harris, who participated in the study, as well as a survey this spring of more than 200 librarians to determine how the pandemic has affected them.

Besides the obvious concerns of closed buildings and staff safety, Gensler asked librarians which attributes would “comprise the next generation of libraries.”

The increased reliance on digital works has also highlighted a problem that libraries face: the cost of technology. OverDrive, a popular platform, provides e-book downloads to library cardholders. The New York Public Library employs SimplyE, its own proprietary system, which Mr. Marx says embeds strong privacy protections for its users.

But the libraries still need to purchase a license for each e-book. Publishers typically charge libraries more than consumers, based on the assumption that the lending of e-books erodes profits, since they can be read by multiple users. (Typically, only one user can download an e-book at a time.)

Macmillan Publishers last fall prevented libraries from acquiring the electronic versions of its titles until eight weeks after publication. But with the pandemic, the publisher in March did an about-face. It declined, however, to respond to questions about its change of heart.

Amazon Publishing, an arm of the tech giant, had gone one step further in limiting access. While its physical books, along with their audio versions, are available for purchase, libraries cannot buy electronic books. Libraries protested and last October, the A.L.A. filed a report with the Judiciary Committee of the House of Representatives on the negative impact of the practice.