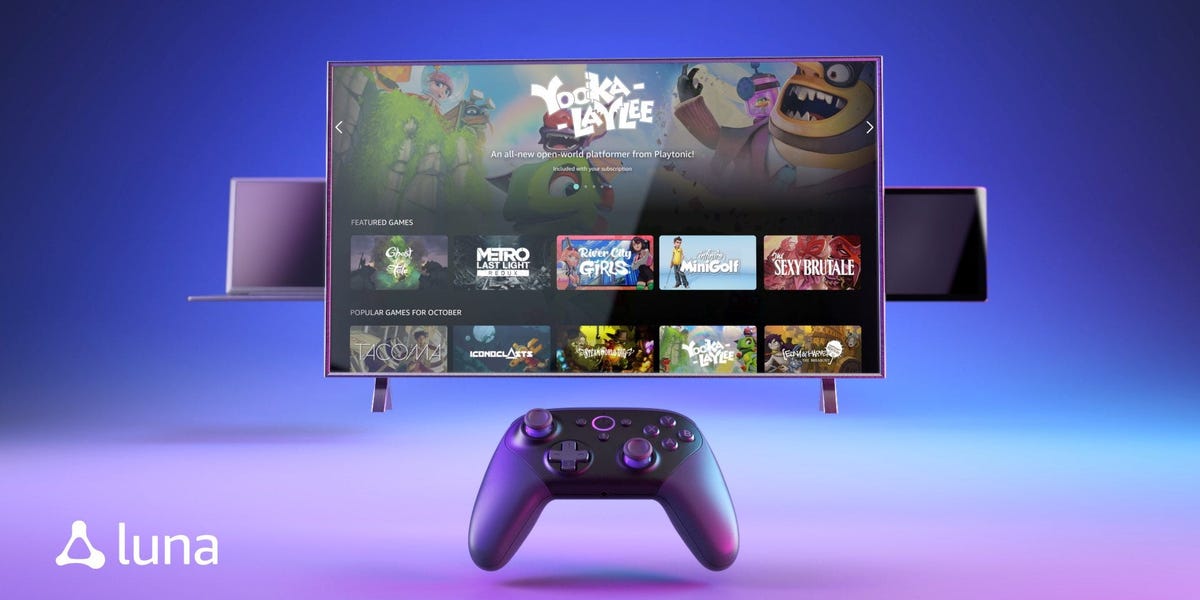 Amazon is expanding its push into video games.

While Luna is free, players can purchase games, which they can then stream directly from their device of choice. For a monthly fee, gamers can also subscribe to different “game channels” that offer a collection of different games. Amazon’s own channel, Luna+, will cost $5.99 per month to start and provide additional features along with a rotating collection of hit games headlined by premium titles like “Control” and “Resident Evil 7.”

Luna+ subscribers will be able to stream at 4K resolution at 60 frames per second on up to two devices. The features are similar to Stadia Pro, the Google-owned video game streaming service. Like Luna, Stadia is free to use and lets players purchase games, but offers a monthly subscription for extra games and features. Stadia Pro costs $9.99 per month, while Amazon says the $5.99 price tag for Luna+ is an introductory price during the early-access period.

Ubisoft, the publisher of games like “Assassin’s Creed” and “Far Cry,” which has recently come under fire for what employees call a “deep-rooted, toxic” culture rife with harassment and sexism,” has partnered with Amazon and will have a channel on Luna. The channel will give players access to new games like “Assassin’s Creed Valhalla” the same day they’re released. It’s unclear how much Ubisoft’s channel will cost on Luna, but the publisher already offers another subscription service called Uplay+ for $14.99 per month.

UPlay+ also gives subscribers access to new Ubisoft games on release day and more than 100 titles in total, but it’s only been accessible for gamers with powerful PCs until now. Last year Ubisoft announced that UPlay+ would be available on Stadia during 2020, but it seems that Luna will be the first streaming service to feature an Ubisoft subscription service, which includes making those games available on mobile.

Amazon has also created a special Wi-Fi enabled controller for Luna that helps reduce the amount of latency you feel while streaming a game, when compared to playing with a regular Bluetooth wireless controller. The Luna Controller will be available for $49.99, though Amazon says that’s an introductory price too.

Luna arrives as Microsoft and Sony prepare to launch their latest Xbox and PlayStation hardware, respectively. Services like Luna and Stadia aim to encourage gamers to skip paying $300 or $500 for a video game console and stream their games from the cloud instead. Cloud gaming technology offers flexibility in terms of hardware and lowers the price of entry, but players sacrifice some visual quality. Plus, it requires a strong, stable internet connection at all times.

Amazon’s efforts to penetrate the gaming industry include its own video game development studio, but it doesn’t seem like they’ll be working on exclusive games for Luna anytime soon. In May Amazon released “Crucible” on PC for free after more than five years of development but the game was pulled from digital storefronts on June 30 due to poor impressions and a quickly dwindling playerbase. Another Amazon game, “New World” was also scheduled for release in May, but was delayed to August, and then again to early 2021. “New World” has been in development since 2016.

Amazon may not be ready to produce blockbuster games like Nintendo, Sony, and Microsoft, but its new cloud gaming service is well positioned to challenge Stadia for new customers and give the retail giant another foothold in the ever-growing business of gaming.