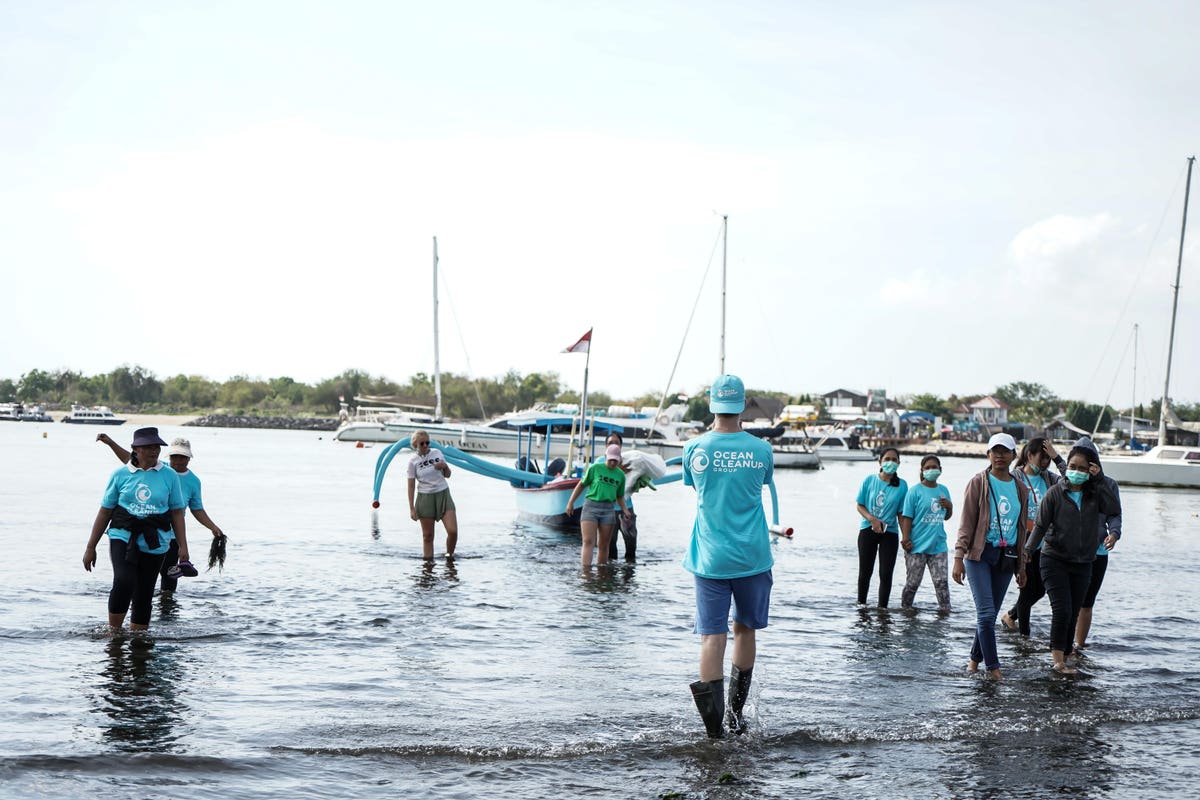 A Google Chrome Extension Removed Over 100 Tons Of Marine Plastics

Ocean Cleanup Group (OCG) built a search engine that helps clean the ocean. Founded in December 2019, the non-profit organization is committed to saving the coasts and marine lives from plastic pollution.

The extension works like Google and, the more a user searches, the more relevant ads are shown. The difference is that OCG ends up getting a portion of the price that the advertiser is paying and uses the money to fund cleanup operations.

The project was born out of the idea to “help everyone make a difference from their homes”. The two founders Mike Powell and Jon Chambers wanted to create something that could encourage people “to make a change wherever and whenever they are”.

“While traveling, I was shocked at the extent of plastic waste in some countries, you hear and see news about it all the time, but seeing and witnessing it firsthand really brought something to life in me,” Powell told Forbes.com.

He felt motivated to act, so he used his savings and tech skills to develop the OCG engine. In three months, they removed over 126 tons of plastic thanks to 100,000 search engine users.

According to the Ellen MacArthur Foundation, there may be more waste plastic in the sea than fish by 2050. Last year, a report from the University of Newcastle in Australia found that the average person ingests the equivalent weight of a credit card in plastic each week, mainly through drinking water.

COVID-19 only worsened this situation, by increasing the quantity of personal protective equipment (PPE, like masks and gloves) and other disposables dispersed in nature.

“There’s a long way to go, but continuing to eliminate single-use plastic from your purchases  – and finding ingenious ways to reuse and refill what you do end up purchasing – is a great place to start,” wrote Greenpeace’s Helle Abelvik-Lawson.

OCG started its first cleanup operation in Bali, Indonesia, and hopes to expand all around SouthEast Asia. To do so, they hired and trained local communities to form cleanup crews who, every three searches each user makes, are able to pull and recycle one plastic bag.

“In tough times like these, we didn’t want to rely on donations, so we aimed at building a self sustainable non profit operation,” Chambers adds. “One of our main goals was to provide jobs in communities across South East Asia where plastic pollution is at its worst. All our ocean cleanup operations are staffed by local people.”

OCG also partnered up with local organizations and conservation centers to rescue marine animals that have been injured from plastic wastes, such as sea turtles.