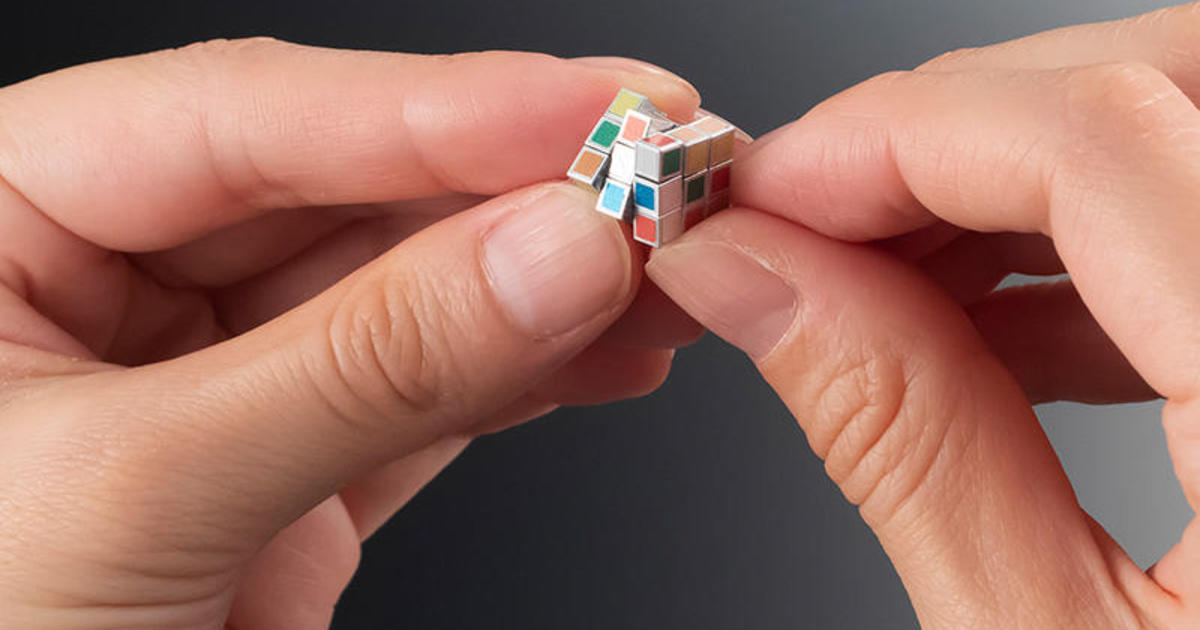 Tokyo — A Japanese company has created what it’s billing as the world’s smallest working Rubik’s Cube. Measuring a mere 0.39 inches and weighing less than a tenth of an ounce, the “ultra-precision” aluminum toy, which comes with its own pedestal, is tiny enough to fit on a penny or a postage stamp.

“We sought to create an exact tiny reproduction of a Rubik’s Cube,” said Kensuke Tsuchiya, a University of Tokyo expert on “micro manufacturing” who appears in a promo video for the tiny cube. “Making something that was impossible until now… was fun and exciting.”

Japanese toymaker MegaHouse began taking orders last week for the product, which is going for a bit more than its larger predecessor. The mini cubes are priced