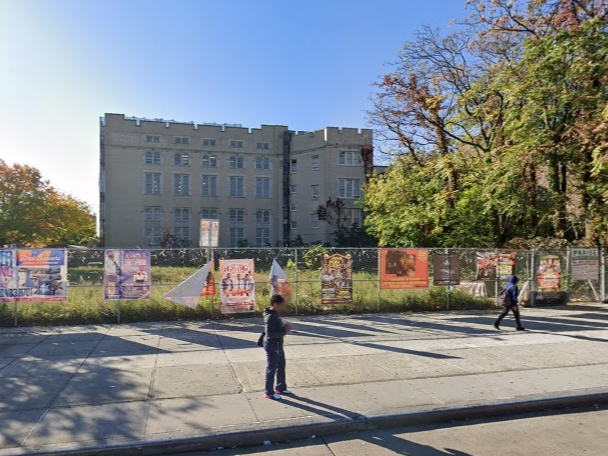 Mayor Bill de Blasio and Council Member Mathieu Eugene announced Friday that the the city plans to build 130 affordable apartments at the 2286 Church Ave. property, which has been vacant since a school building once at the site was demolished in 2015.

The new complex will include a community development space dedicated to educational and vocational training programs for young Brooklynites, the officials said. .

“Today’s announcement demonstrates our commitment to inclusive, equitable housing development,” de Blasio said. “With 130 affordable apartments and educational and vocational training facilities, this project will restore this historic site as a community anchor for Flatbush and the entire borough.”

The 29,000-square-foot site has been empty since a 19th-century school building holding P.S. 90 was demolished in 2015 due to hazardous structural conditions.

The property also might have connections to a historical burial ground for people of African ancestry, officials said. An archaeological excavation uncovered a small number of fragments of human remains at the site, which have since been transferred to the minister of the Reformed Dutch Church of Flatbush for reinterment in their consecrated cemetery.

A task force set up by the Landmarks Preservation Commission and Economic Development Corporation for identifying descendants and handling any additional remains will help the city in its search for a developer for the new complex.

The task force will also look into memorializing the history of the site, officials said.

The city will send out a “Request for Qualifications” and “Request for Proposals” in its search for developers for the project later this year.

“We are always looking for opportunities to transform underused public sites into dynamic affordable housing that can serve the broader needs of the community,” said Department of Housing Preservation and Development Commissioner Louise Carroll. “We are excited to work with EDC and other partners to begin a new chapter for this long-vacant site via a mindful, community-driven planning process that respects its past.”